Though it’s on the other side of the globe, Thailand has always been recognized as one of the most beautiful destinations in the world. And this weekend, as I was watching a not-so-good movie on TV, (“Bitter/Sweet” and it kinda sucks, the only reason I didn’t change the channel was because I recognized the main actor, who also played in one of my all-time favorite movies, “Remember the Titans”), I was really amazed with some of the locations were the movie was shot. After I was done watching, I had to open the laptop and do a quick search and see more about those places, so I though I’d check out more about Thailand and see what would be the most interesting views here. So here’s what I came up with:

A part of the Ko Phi Phi archipelago, I’m sure every travel maniac has heard about this island, especially after being the main filming location for Leonardo DiCaprio’s “The Beach” movie from 2000. Though the movie was highly criticized by Thailand officials for environmental issues and for messing Thailand’s image, there’s no doubt that for Ko Phi Phi it was the best thing that could ever happen for local tourism. 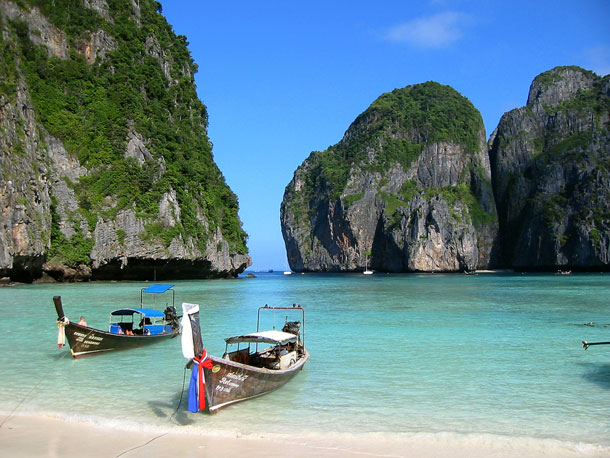 Located in the Krabi province, the island was almost completely destroyed by a tsunami in 2004, rebuilding efforts were made and now the island is welcoming tourists again, with its beautiful limestone cliffs and shallow bays which offer amazing views and are a paradise for divers.

Like Ko Phi Phi, the Rai Leh peninsula is also part of the Krabi Province. Only 30 minutes away from Krabi and 10 from Ao Nang, the island is most known for the Phra Nang beach and for being one of most spectacular climbing locations in the world. Filled with limestone cliffs, Rai Leh has more than 700 bolted routes enjoyed by hundreds of climbers every year (one of the most famous being the Thaiwand Wall). 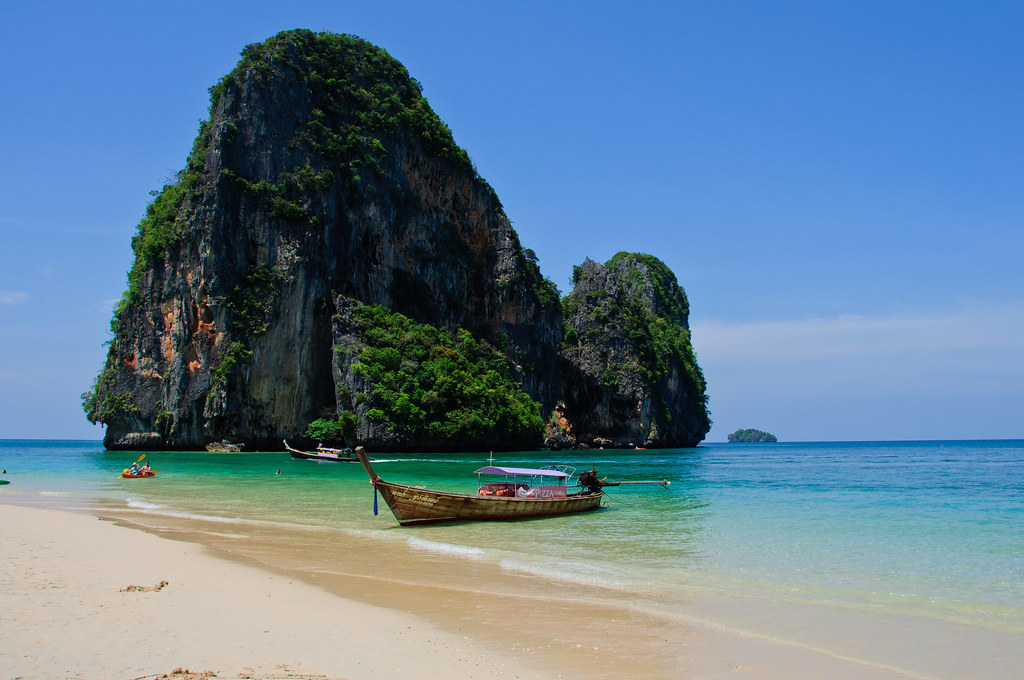 The Phra Nang beach is one the most popular beaches in this area of Thailand (making it a little crowded during the season), which has a beautiful white sand and tourists can also see the climbers on a steep limestone cliff right next to the beach. Also close is the Phra Nang Cave, a beautiful small cave with diamond-like formations that glitter and offer a great show.

Located in the Isaan province in Northern Thailand, the Khao Yai National Park is a 2,200 square km (850 sqm) was declared a protected area in 1962, becoming Thailand’s first national park. According to a recent study, the park houses 3,000 plant species, 67 mammal species and 320 bird species, making it one of the most beautiful places to spot wild animals like Asian elephants, tigers, Asian bears, countless species of monkeys and a lot more. 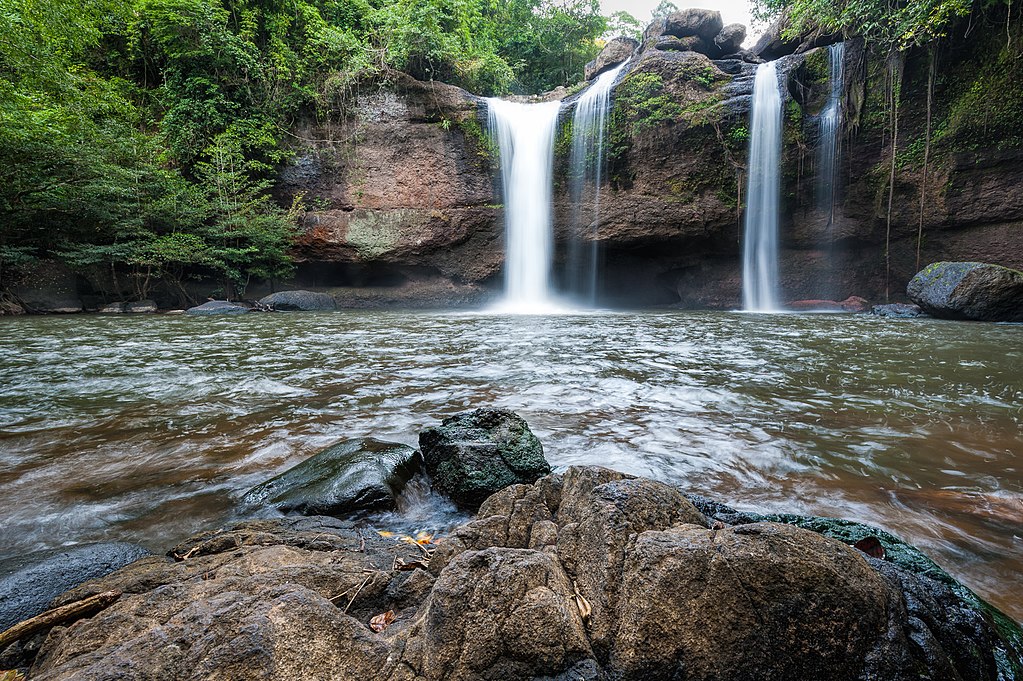 The other major attraction of the park are its spectacular waterfalls and this is the reason the park is best to be visited during the rainy season (may to October), when the Heo Narok (80 meters/260 feet), Heo Suwat and the other waterfalls offer amazing sights.

If pure wild scenery is not your thing, don’t worry, because Thailand has a lot to offer to people looking for more “modern” entertainment. And the Patong Beach is the place to be, only 10 miles away from the city of Phuket. 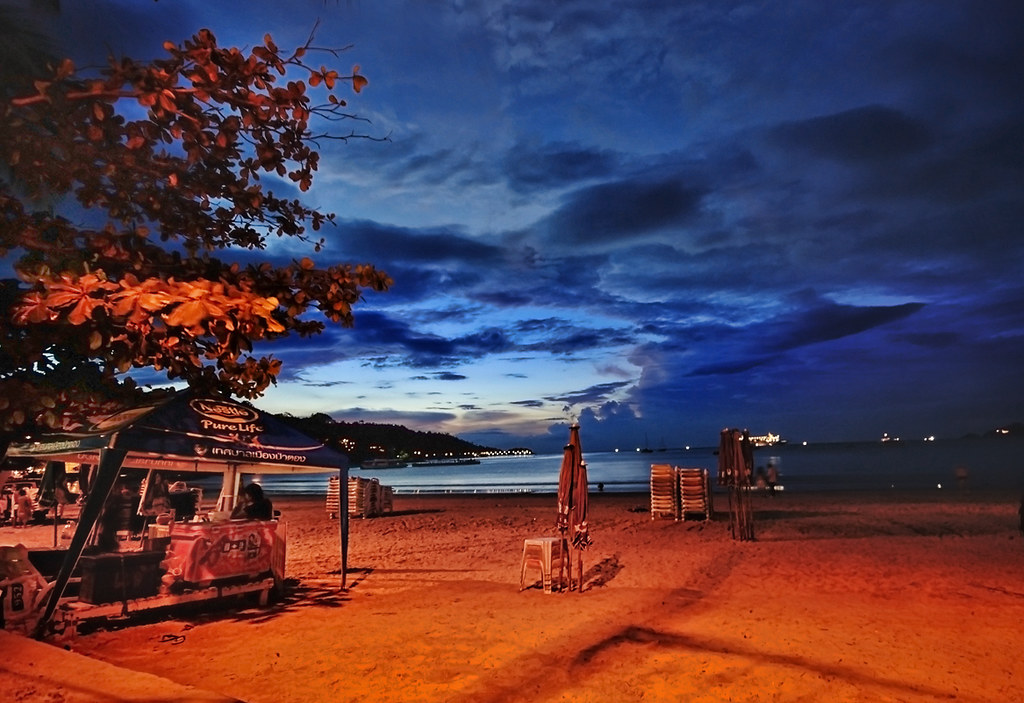 With 3.5 kilometers (2 miles) of beautiful but extremely crowded beach and an extremely active nightlife (prostitution is tolerated in this part of Thailand) the Patong Beach is filled with hotels, restaurants, nightclubs, shopping boutiques, accessories and souvenirs.

The 400 square km Phang Nga Bay is a large bay in the Phang Nga province in southern Thailand, and a part of the protected Ao Phang Nga National Park. The shallow bay has 42 islands which are home to countless species of birds, fish, reptiles, corals, mangrove and seagrass. Large part of these species are listed as endangered or vulnerable. The local human communities are also fascinating, with a few archeological sites with one thousand years old paintings. 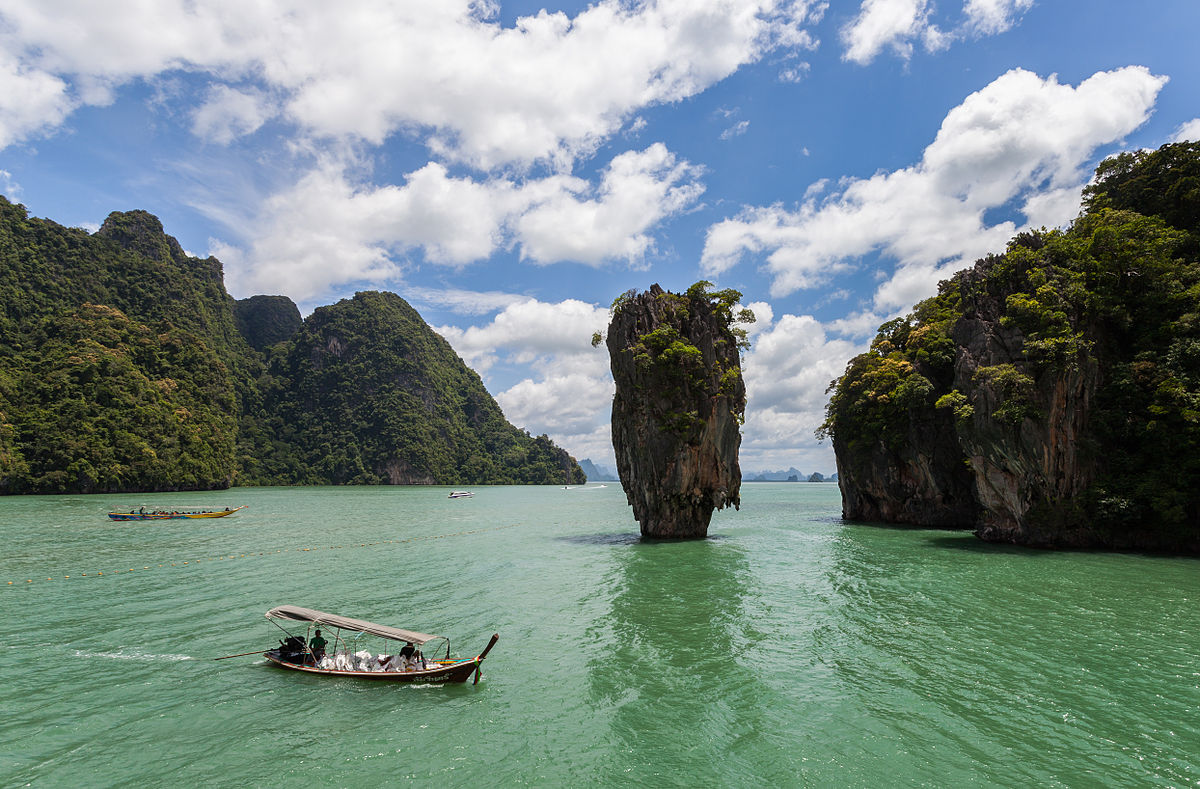 And again, Hollywood played an important role in the location’s development, the Ko Tapu island being one of the biggest attraction, after appearing in the 1974 James Bond movie “The Man with the Golden Gun”, with Roger Moore (this is the reason the island is also called “The James Bond Island”

No visit to Thailand would be complete without seeing the capital, Bangkok. With a population of more than 10 million people, it was the second most visited city in the world in 2006, after London so you can imagine there are plenty to see and do here. First of all, there is the Grand Palace, a huge complex which is also the king’s official residence, or Wat Pho, the largest temple in Bangkok with a 150 ft (46 meters) golden Buddha statue. 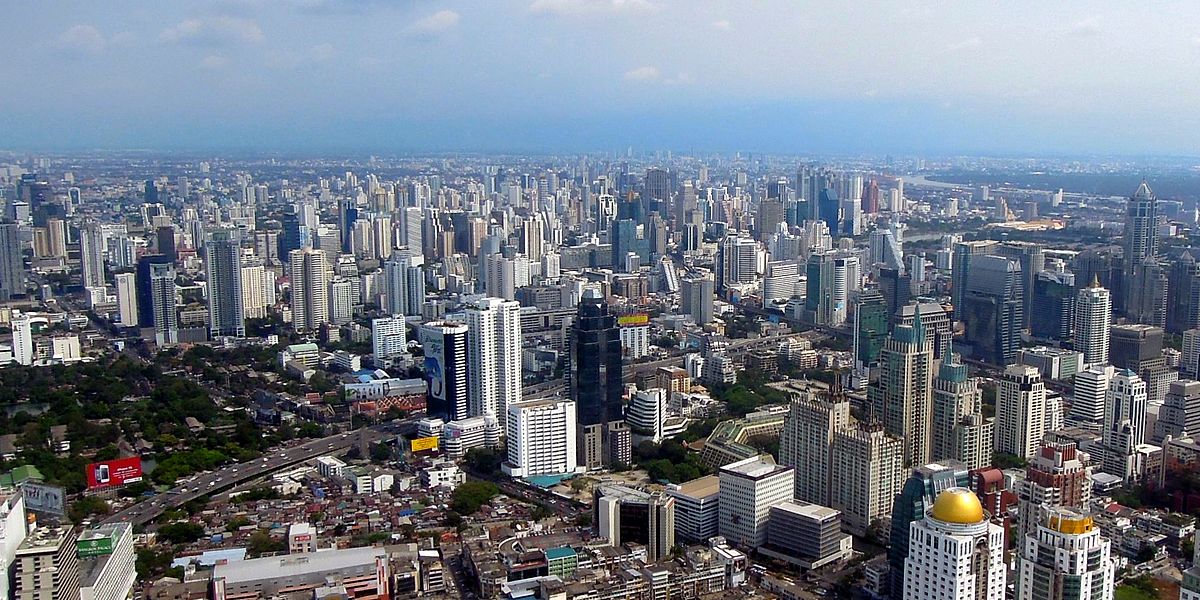 But Bangkok is also a modern city, with a beautiful skyline, a lot of hotels, restaurants, nightclubs, museums, parks, shopping areas and the possibility to navigate through a series of channels that once made Bangkok “the Venice of the East”.

Of course, Thailand has much more to offer, but, at a glance, these are the most spectacular places in this spectacular country. So, has any of you been to Thailand? What do you think about these places? What other places not mentioned in this list did you see? Feel free to share with us, because we’d love to hear about new places.