Kruger National Park is the oldest natural reserve in the world, representing a symbol of rescue and an example of preservation of the wildlife and of the typical African landscape. Also, the park has managed to withstand time and all sorts of natural and human threats.

Visiting the park is basically a duty for every tourist entering South Africa and I am certain no one will be disappointed, because you will be stepping into another world, an empire still being 100 percent wild and which will offer unforgettable memories and the best safari location in the world. Welcome to Kruger!

In the North-Eastern part of South Africa lies one of the most untouched location one the whole African continent. I’m talking about a 19,495 square km (7,527 square miles) of pure savannah, gallery forests, rivers and lakes, rocky hills and arid land, home of almost all famous African wildlife.

The nine gates of the national park allow tourists to enter the best guarded, managed and protect park in Africa. The park’s management and organization led to Kruger Park being awarded Biosphere Reserve status by UNESCO.

The park’s story is very interesting, because at the beginning it was a very popular hunting destination which was turned into a protected area in 1895 by South African president Paul Kruger (therefor the park’s name) and in 1926 the park received its current name. The park was the first one in the world to create the “safari” concept, where visitors explored the wilderness protect in off-road vehicles. And if a year after only three safari vehicles were running, in 1929 no less than 850 safari cars were driving tourists through the park. 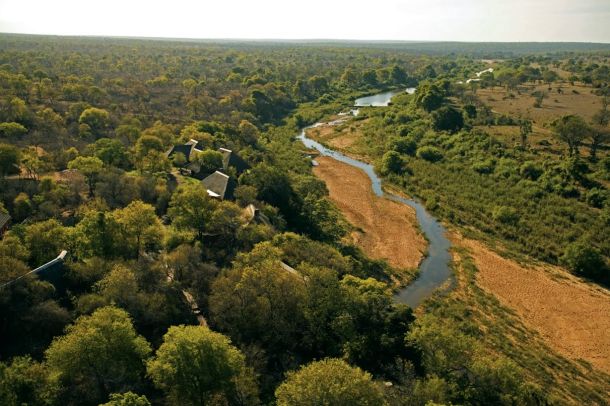 Seen from above, the Kruger National Park has a narrow shape, with a 360 km (220 miles) length and an average width of 60 km (37 miles). On the Northern and Southern ends, there are two natural borders, the Limpopo and the Crocodile rivers. The terrain’s height varies between 200 and 840 meters (650-2,755 feet), with the highest point being the Khandzalive hill. Running through the park are the Letaba, Luvuvhu, Sabie and Olifants rivers, these being the main water sources for the large herds of herbivores living in the area.

The climate is subtropical, during the Southern summer temperature often going above 38 degrees Celsius (100 F). The rainy season starts in September and lasts until May, during this time most of the roads becoming impassable. Another important reason to avoid visiting the park in this season is that chances of getting malaria are pretty high. The best time to visit is the dry season, which has another major advantage: the vegetation is rare and dried, so you have better chances of spotting animals.

The Kingdom of Life

The Kruger National Park is the home of 517 bird species (of which 253 are permanent inhabitants, 117 are migrating and 147 accidentally visit the park), 147 mammal species, more than any other protected area in Africa and the “Big Five” population is pretty well represented (elephants, rhinos, lions, buffalos and leopards). For example, even though studies showed that the park can sustain only 8,000 elephants, in 2009 there were 11,672 elephants, creating problems for the local authorities, because the large herbivores ate the vegetation faster than it could restore. 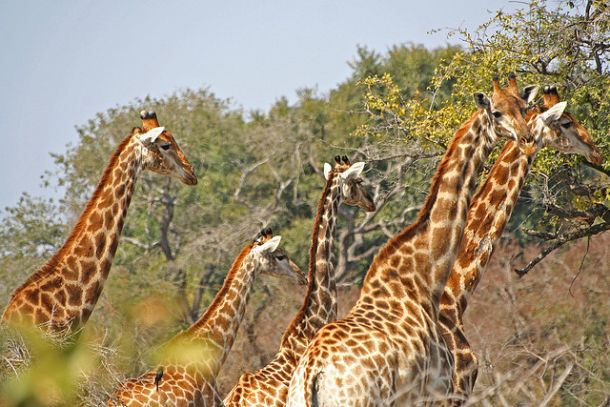 Also, reptile fans will feel great, because you can meet, photo and study around 114 snake species, from the black mamba to the African Rock Python. And don’t forget the 3,000 crocodiles offering an amazing show only by laying relaxed on the sandy water banks. And speaking of water, there are more than 50 fish species living in Kruger, including the bull-shark, one of the few shark species that can live both in freshwater and saltwater.

The Kruger Natural Park administration offers 21 camps, 2 private cabins and 15 different safari routes. And to make sure tourists fully enjoy the park’s beauties, the cars have an average speed of 30 km/h (18 mph). Of course, at the tourists’ request, the cars frequently make photo and video stops. However, if you decide to go, you must be extra careful when approaching the animals. Even though they’re used to tourists, they remain wild animals and often display unpredictable behavior and that’s why tour guides forbid any foolish display of bravery and don’t let you get too close to the animals. Not to mention that elephants, rhinos and buffalos are dangerous even when you’re in the car. And with all these safety measures, accidents still happen, with several tourists being hurt of killed after getting too close to some animals. 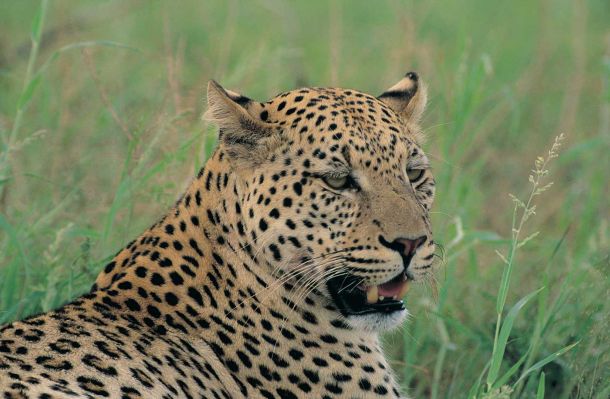 You must know that access with fire arms in the park is strictly forbidden and so is leaving the cars without the drivers’ approval, feeding the wild animals, going over the 50 km/h (31 mph) speed limit and no pets are allowed.

One of the best experiences is definitely the night safari, when large predators like lions, cheetahs or hyenas are active and you can be lucky enough to witness some incredible scenes, like a lion hunting or predators fighting over killed prey. For best memories, I would suggest the Olifant, Bushman, Metsimetsi, Napi, Nyalaland, Sweni and Wolhuter routes. 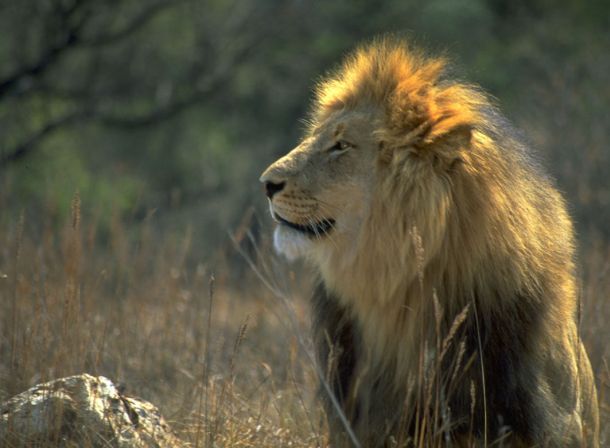 Meals served at the Kruger National Park are part of the African cuisine, as expected. After all, why would we want to order pizza in the middle of wild Africa when you can have warthog sausages, springbok antelope steak, cast iron pot cooked ostrich or a serving of biltong, South Africa’s traditional food.

Overall, the Kruger National Park is a magnificent place, which offers its visitors an unique experience and if you’re a little lucky you might witness a scene like the one in the famous “Battle at Kruger” video, which has over 62 million views on YouTube.