American journalist Horace Greely called the park “the greatest wonder of the North American continent”, while famous American naturalist John Muir pictures the park, in his writings, as having “the most noble forests and the deepest canyons sculpted by glaciers”.

If you’re visiting California, especially the Central or Eastern part of the state, then you definitely need to go to the Yosemite National Park. You will be delighted by incredible landscapes, beautiful mountains, giant trees and splendid waterfalls, plus amazing protected plant life and wildlife. Considering these, your trip will turn into a real travel in time through the Rocky Mountains, just like they were hundreds of years ago – magnificent and wild.

Located in the Sierra Nevada mountains, the Yosemite National Park is 1,200 square miles of strictly protected landscape. In this area, you will be able to see, admire and photograph hundreds of lakes and rivers, tens of waterfalls, rocky cliffs naturally sculpted in all sorts of different shapes, giant trees, large forests and thousands of species of plants and animals reunited in a biodiversity unique on the North American continent. 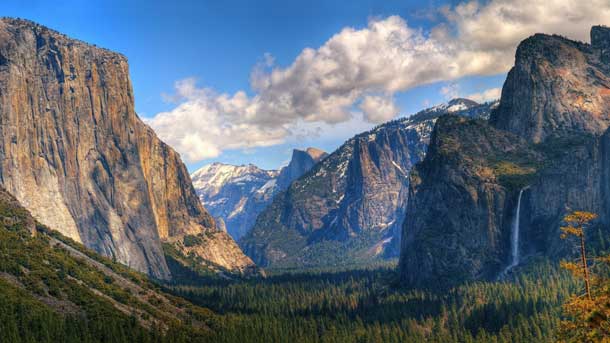 Yosemite is also one of the largest and best preserved ecosystems in the Sierra Nevada mountains. How large? Well, according to American scientists which have been studying this area for the past decades, there are more than 3,500 identified plant species in the park. And with more than 800 miles of mountain trails and 400 miles of paved road, tourists can easily see all its wonders. There are more than 4 million tourists visiting the park each year (most of them stop in the Yosemite Valley), which places the park as the third most visited natural park or reserve in the United States.

The first people to live in the Sierra Nevada area were the indigenous peoples of the Americas from the Sierra Miwok, Mono and Paiute populations which, according to archaeological evidence, settled in this area 8,000 years ago. The “official” discoverer of this area was explorer Joseph Walker who lead an expedition in 1833. According to historical documents, the first white man to step foot in the Yosemite Valley, the park’s most popular region, was William Penn Abrams, which was hunting bears, in 1849.

At that time, the Valley was inhabited by the Ahwahnechee people, considered to be extremely violent by the surrounding tribes. Actually, the park’s name is connected to the Ahwahnechee, because a group of volunteers from the Mariposa Battalion, led by major James D. Savage, wandered in the hidden valley on March 27, 1857, looking for local tribes responsible for the attacks against several mining settlements in that area. The American in this battalion were the ones that named the area Yosemite, after hearing a native Miwok calling the Ahwahnechee “Yohhe’meti”, meaning “the ones that kill”. 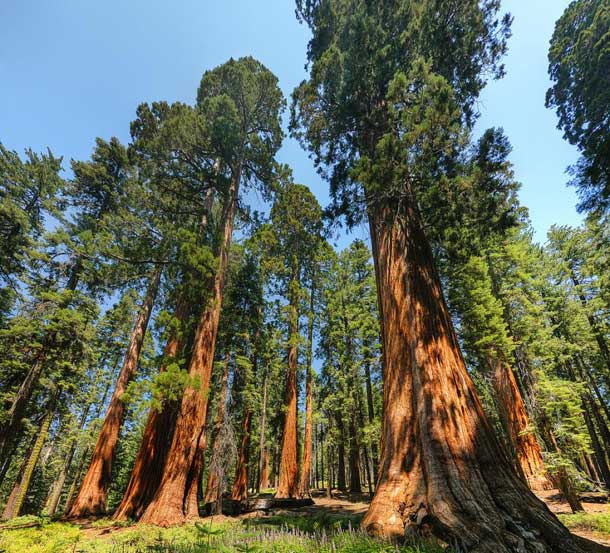 James Hutchings was a businessman that became famous after he tried to draw attention on the area, by serving as guide for the first groups of tourists that wandered in the new found area, around 1855. And also thanks to panoramas created by painter Albert Bierstadt and photographer Carleton Watkins, the area quickly became popular.

In on June 30, 1864, president Abraham Lincoln signed the first bill protecting the area, declaring the Yosemite Valley and the Mariposa Grove of Giant Sequoias important to the United States and that the area needs to be protected against man’s greed. But it was only until 1890 when both area were declared a National Park, mostly thanks to John Muir’s efforts.

Today, Yosemite is known especially thanks to its huge granite monolith with their dome shape, which dominate the landscape. They were formed 10 million years ago, when the Sierra Nevada plateau rose because of massive tectonic movement. The altitude increase amplified the steep slopes of the valleys and the river channels, the resulting canyons being famous today.
A million years ago, during the ice age, the snow and ice in the area gave birth to glaciers, which formed the valley’s “U” shape that draws so many tourists each year.

The park is home to more than 300 species of vertebrates, 85 of which are endemic. The most dangerous animals in the are the American black bears, whose number significantly increased after their most important rival, the grizzly, disappeared from the park region. Because these animals are extremely dangerous, the park’s management invests a lot into educating the public and in programs like “Bear Management”. And it looks like their efforts are worth it, because the number of conflicts between black bears and humans has dropped by 90 percent in the past decade. 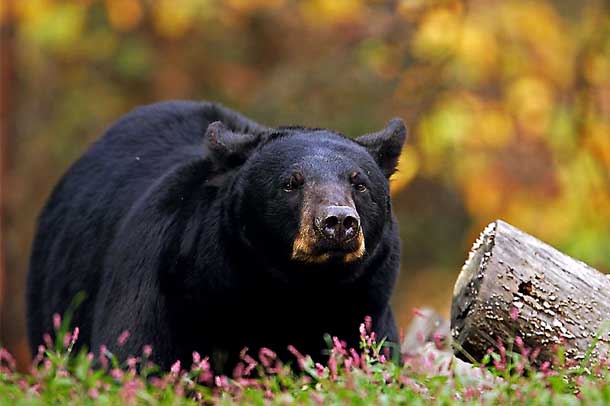 Other animals that are popular in area are the mule deer, the Sierra Nevada Bighorn Sheep (live in the high-altitude rocky areas), 17 species of bats (9 of which are endangered), the Bobcat, the Cougar, the Gray Fox, the Yellow-bellied Marmot, the Spotted Owl and, of course, coyotes. Besides these, more than 150 bird species live in this area.

The park’s plant life is mostly made of conifers and the most popular ones are the Giant Sequoias, especially found in three areas: Mariposa Grove (around 200 trees), Tuolumne Grove (25) and Mercede Grove (20).

If you want to see Yosemite National Park by foot, it will take you at least several days. The most popular season is Spring, when the waterfalls debit is higher and in the Summer, when the Tioga Pass and the trails to Glacier Point are open, offering tourists the chance to reach the highest meadows above Yosemite Valley. The entry fee is $20 for cars and $10 for pedestrians, motorcycles or bikes. But before you wonder into Yosemite, remember that you need to be in a decent physical shape, because it might be exhausting. Also, make sure you are informed about the trails’ condition and especially about dangerous areas. Other than that, enjoy the park, because most alpine meadows feature short routes, beautifully arranged and some are even accessible to handicapped persons in wheelchairs.

The Yosemite Valley is also famous across America for its climbing areas, some cliffs offering vertical walls of more than half a mile (900 m), while horse riding is a tradition that has been kept ever since the first settlers stepped foot over here and some say nothing compares to seeing Yosemite while riding a horse. 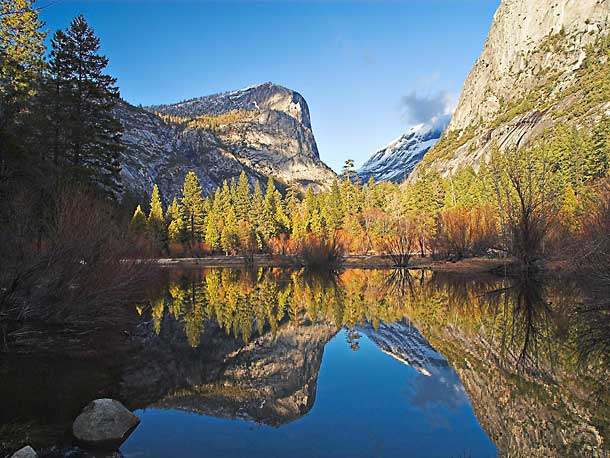 One thing’s for sure, the Yosemite National Park is a destination you need to add to your bucket list and if what I wrote so far isn’t enough, please look again at the photos above and you’ll definitely make you want to go there.