10 Natural Wonders That Could Disappear By 2050

In the past 200 years, mankind registered an amazing progress both as number (in 1804 we were 1 billion, now we are 7) and technology. With this incredible growth, our needs also increased and we also pollute a lot more than we did in the past.

Environmentalists all over the world try to make people be aware of the dangers the nature is in and warn us that if we keep doing what we do know, landscapes and habitats that have been here long before us will soon be gone. Hundreds of ecosystems and habitats around the world are threatened by deforestation, pollution or ignorance, and here some of the most beautiful places in the world our grand children might not get the chance to see.

Being one of the most complex ecosystems in the world, the Belize Barrier Reef in the Caribbean is an extremely endangered area. Since 1998, more than half of the corals born in hundreds of years disappeared. According to scientists, the main reason that lead to the coral reef disappearance are tourism and, of course, the pollution affecting almost all the oceans and seas of the world. 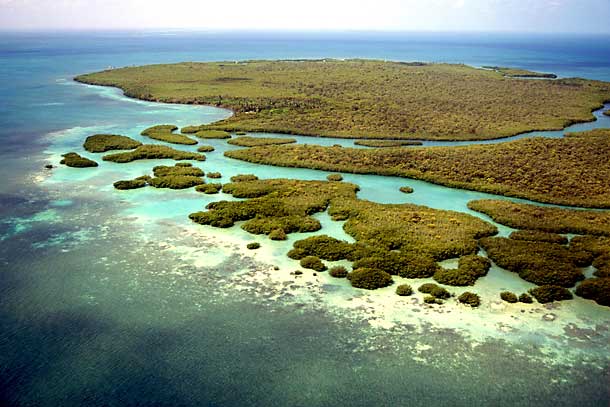 The same scientists predict that, if no quick measures are taken, this natural wonder could disappear in the next 25 years. And if this happens, the entire amazing flora and wildlife flourishing in this area will also be gone. For example, the Belize reef area is one of the few places in the world that shelter shark-whales.

No less than 40 percent of the entire world oxygen production comes from the tropical forests in the Congo river area. Besides these, the area also is an incredible source of fresh fruits, minerals and unique plants that are used all over the world in different industries. 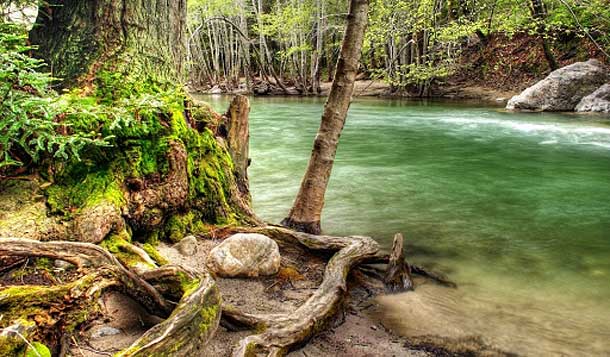 In the past 20 years, massive deforestation, poaching, mining and road construction affected more than 1.3 million square kilometers, which represents around a third from the forest’s entire surface. According to a recent study by a team of British scientists, if the current ignorance continues, by 2040 another third part of the forest will definitely disappear and this will lead to terrible effects on the local and global climate.

The Dead Sea is the place with the lowest elevation on Earth (1,388 ft below sea level) and the water here is so salty (the salt concentration is 10 times higher than ocean water) that makes swimming similar to floating, even for an adult person. And according to the legends, the water here heals several forms of rheumatism. 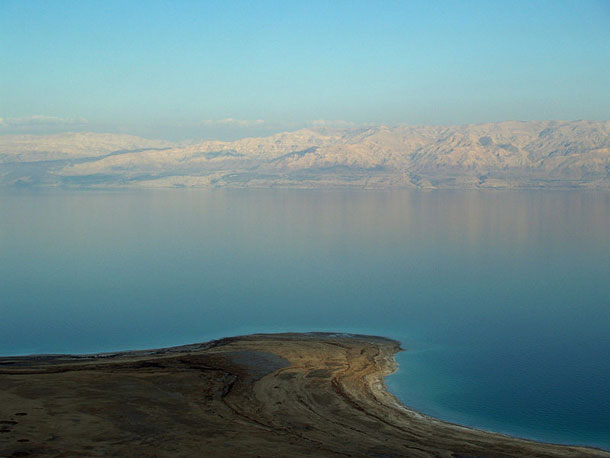 In the last 40 years, the Dead Sea’s shore withdrew by almost 1 mile, a strange situation for the hotels, restaurants and bars built here before 1970, which were once on a waterfront location and now are several hundred feet away from the water. The reason that makes the Dead Sea slowly die, with the water level dropping 5 inches per year, is the water dam that was built on the Jordan River, the sea’s main water source and also the extensive extraction of minerals from the sea’s water (it’s an important natural deposit for potash and bromine).

The Everglades National Park in the United States is basically the world’s largest swamp, with a total area of 2.5 million acres. The park is also home to hundreds of animal and plant species and is the only place in the world that has two related species that are rivals at the same time, the alligator and the crocodile, which share the same territory over here. 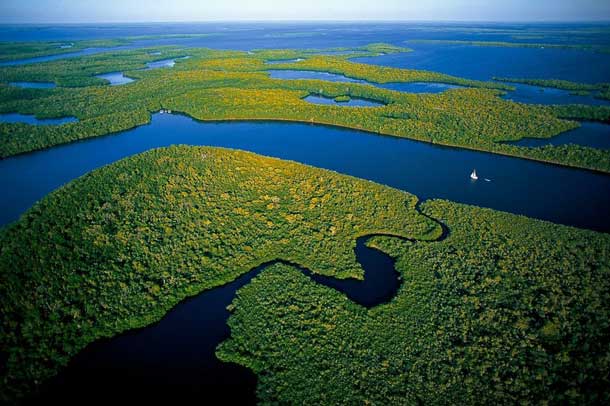 Because of the farms built in the area and especially because of the dams raised on the rivers that supply the water, the Everglades has been dramatically affected in the last 20 years. And so you can get an idea of what we’re talking about, imagine that in 1900 the swamp covered territory was more than 5 million acres, which means the park lost half of its surface in 100 years and with the current decay rate, there might not be much left from it by 2040.

More than 80 percent of the flora and fauna living in Madagascar is not found anywhere else on Earth, this land being so special thanks to its natural isolation from Africa. The greatest threat for the fourth largest island in the world is, of course, humans. 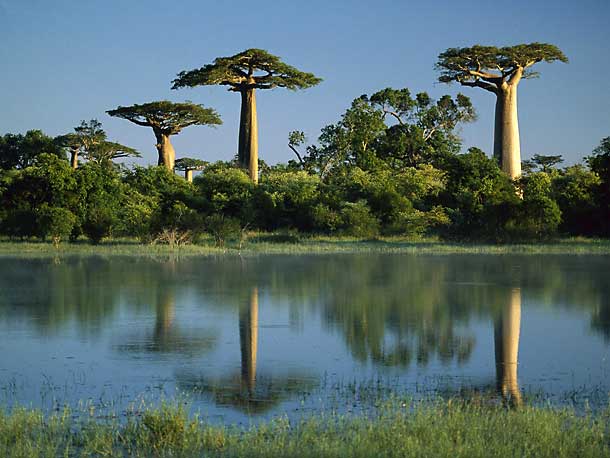 The entire ecosystem is being harmed by deforestation, to make room for farms and grain fields. The result: in the past 20 years, the forest area decreased by 30 percent and the rate is still growing. What’s even more tragic is that some species of animals and insects in Madagascar might disappear before we get to really study them.

There are some places on Earth that we call “paradise” and the Maldives is one of these places. Besides the amazing views this place offers, there are also a lot of unique species of corals and fish that live in this area. Unfortunately, the paradise is in danger and its natural “inhabitants” might lose their home due to pollution and increased and brutal tourism. Of the 1,190 islands and atolls that form the archipelago, 200 are inhabited and because the corals are already gone in some areas, the beaches there started to erode. 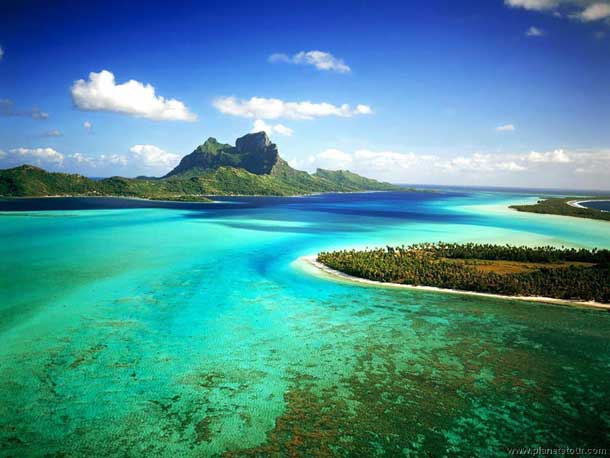 The Maldives governor is trying to save the islands and he said that if no measures are taken to stop the erosion process, in about 50 years all it will be left from the magnificent archipelago will be a few higher islands. He even considered buying land in India to move the inhabitants on some of the islands.

I’m sure that everyone already knows about the dangerous situation going on at both the North and the South pole, where, because of the global warming, the ice cap is melting affecting the entire global ecosystem. It’s not difficult to try and imagine what would happen if the entre ice cap would melt. 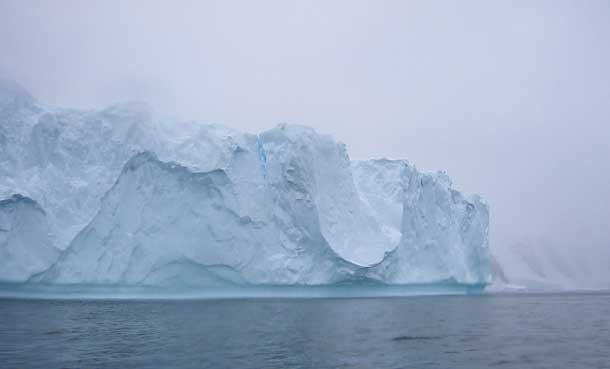 It is estimated that if we keep polluting the way we do, by 2050 ice will not form anymore at the North Pole.

The Ranthambore National Park in the Indian province of Rajasthan is one of largest national parks in India and the home to one of the largest wild tiger communities in the world. This place is unique, but like the other places on this list is in danger of disappearing, especially due to poaching, local authorities not being able to control it. 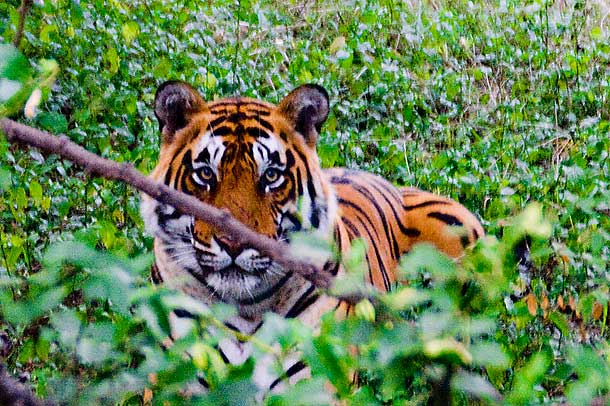 In the early 1900s, there were 100,000 wild tigers living in India. Right now, there are less than 3,200 in the entire 151 sqm park. And biologists say that if we’re not careful, it will take less than 15 years for the tigers to disappear completely from India.

Even though its name doesn’t probably mean much to you, this photo below will definitely do. 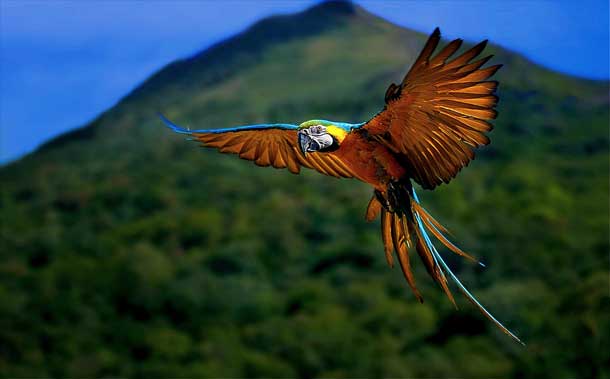 The 20 million acres of forest, home of more than 750 species of birds (including the largest parrots in the world, the Macaws), is in great danger, like most forests today, because of heavy deforestation and the highly valued trees growing here, like mahogany and cedar trees are used by parrots both for shelter and finding food. Once left without trees, the parrot population is quickly shrinking and because there are no proper laws protecting the area, scientists say that in the past 30 years, the number of birds decreased by 50 percent.

400 million people and countless species of animals and plants (including the fragile panda bear) depend on the water and the ecosystem around the Yangtze river. 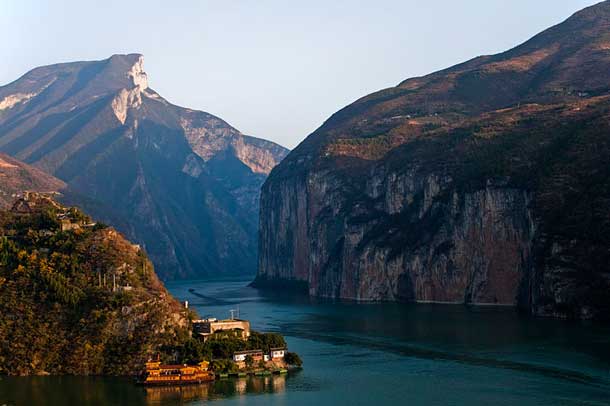 However, the Chinese government is currently working at some of the largest water dams in the world, a $24 billion investment, aimed at making China one of the largest energy producers in Asia. But this ambitious project has a major downside, because the people, animals and plants in this area don’t get enough water anymore and their existence is seriously threatened.