The Oldest Hotels In The World

Ever since the first travelers started wandering the world, the need for accommodation also showed up. In times when the population number was a lot smaller, when people were more friendly and more confident in each other, there was the option of staying overnight in someone’s residence.

But as travel grew, a new concept was born: to spend the night in a specially designed building, so accommodating and feeding travelers became a business. And a pretty successful one we might say, considering most of the hotels’ financial results.

Even in times when tourism, as we know it today, didn’t exist and when people traveled a little and many never left their village for their entire life (and perhaps the closest city too, in the best case), there were some people often making long journeys, such as merchants and pilgrims. It was them and their travels that gave birth to accommodation spaces. Around 1200, Marco Polo talked about the existence of a large network of inns in China, meant to accommodate merchants. But Europe also had, since then, its inns, many being mentioned in medieval documents, others being dated by experts by their structure (technology and building materials used). Some of these were built for other purposes and were later reorganized as inns, while others were created specifically to accommodate travelers and had the most amenities required at that time.

These ancient inns were exactly what hotels are today: provided accommodation (rooms conditions varied, just like today), meals (basic or more diverse) and safe keeping of travelers’ goods. Some had stables and barns for horses and couches or carts, just like modern hotels have parking spots. Throughout centuries, hotels become more and more complex due to the introduction of hygiene and comfort standards, but the basic idea behind them is still the same idea.

So, are there any traces of these ancient inns, the ancestors of today’s modern hotels? Is there any of them still active today? And the answer to these questions is “Yes”. Around Europe and Asia we can find a few extremely old inns, some being more than half a century old and some even more than 1000 years old.

The oldest hotel in the world, according to one of the most trustworthy source, the Guinness World Records, is Hoshi Ryokan, a traditional ryokan (inn) in Japan, which dates back more than 1,300 years ago. The legend says that in 717, a Buddhist monk called Taicho Daishi, spent a night at the sacred Hakusan mountain and had a dream about a mountain god talking to him about a miracle spring with healing waters (which still remains unknown) and asking him to turn this spring into a healing place for all the people in that area.In 718, Taicho Daishi ordered his disciple, Garyo Houshi, to start building an inn to host those coming to fix their health at the miracle spring. 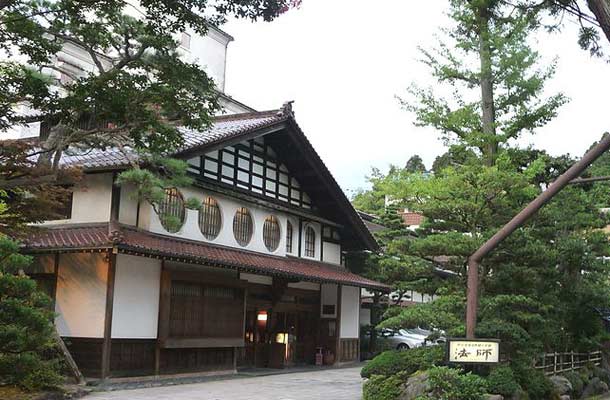 Today, the Hoshi inn is standing in the same spot as the original one, near the thermal springs, and the restoration and modernization works were made throughout time managed to keep the place’s traditional feeling reminding of its impressive age. And even though the hotel complies with modern tourism standards, what’s really impressive is that it remained a family business, its management being owned by the descendants of Garyo Houshi (the 47th generation, to be more precise).

But Europe also has its veterans and one of them is the “Red Bear” (“Zum Roten Baren” in German), located in the German city of Freiburg. The hotel is one of the oldest one in Europe, its guest house being built in 1311 and its current name being used for the first time in 1387 (the building is even older, before it was a hotel being a mansion, built in 1120). 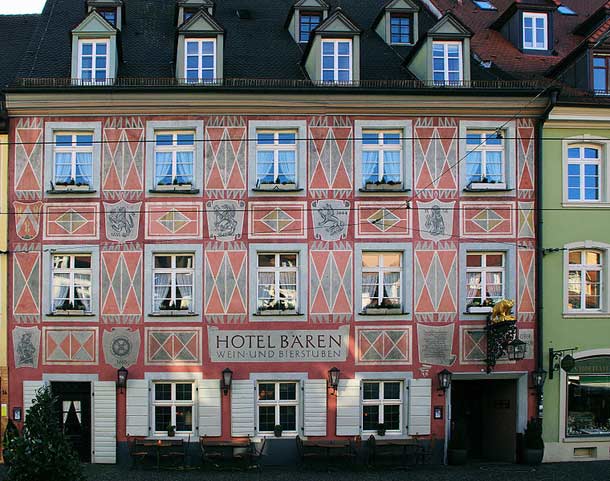 Fortunately, the hotel didn’t suffer any damages during World War II, when thousands of other historical buildings in Germany were damaged or completely destroyed. To keep up with modern times, the hotel was restored several times and today it offers its guests cable TV, wireless internet and sauna, but it still manages to keep that European Middle Ages charm.

Another old inn with a funny name is the “Blue Goose” Hotel, or “Blaue Gans” in Austrian (don’t know what was with medieval hotel owners and their strange colored animals names), which is the oldest standing hotel in Salzburg, Austria, being built around 1350. What’s interesting is that the current hotel owners decided to renovate the hotel not by just restoring it according to current regulations, but they did a lot more than that: they turned it into what they call an Arthotel, a space of creation, a place where modern art and contemporary design are combined with medieval architecture (yeah, sounds a little fancy, I know). 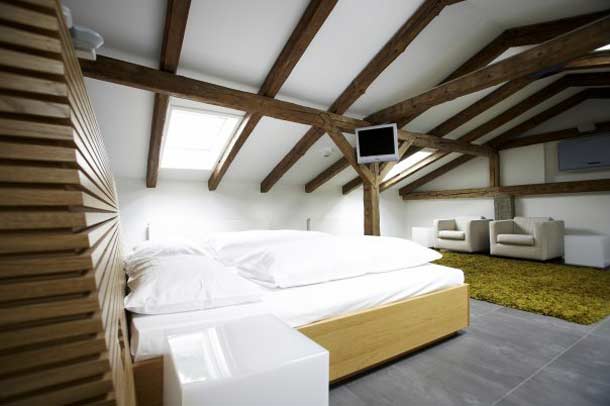 Anyway, the idea is that the hotel is pretty amazing today, this combination of modern and medieval being found throughout the hotel: the narrow hallways with stone stairs are decorated with modern paintings and the massive wood beams contrast with the modern furniture in the rooms.

One of the most interesting controversies today is the one about which hotel in England is the oldest. Especially with plenty hotel owners claiming their building are more than one thousand years old, but most don’t have any documents to prove this. Another problem is that most of these old inns are not hotels today, but pubs, or the other way around, some were created as pubs and accommodation rooms were added later. As a side note, the same controversy surrounds the oldest pub in England.

And to make things even more complicated, here are two English inns that are in different locations but basically have the same name, both are old and both brag about their impressive history.

The Olde Bell, in Hurley, Berkshire, is considered the oldest coaching inn in England, an established that not only provided accommodation but also had a station where carriage horses were exchanged (there weren’t many places large enough and with enough personnel to take care of a high number of horses and vehicles). The oldest parts of the building were dated all the way back to 1135. 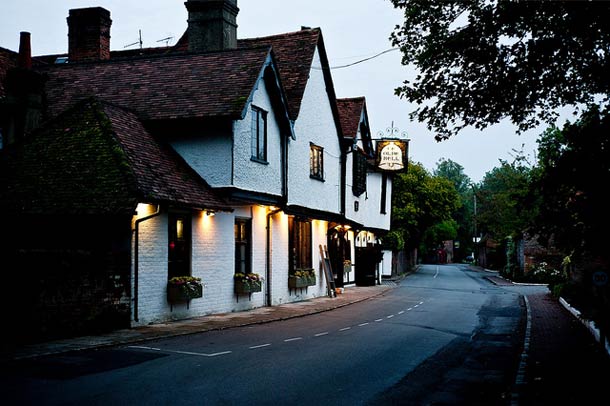 Even though the place has been restored several times to keep up with changing requirements, Ye Olde Bell still knows how to take advantage of its respectable age: among others it offers its customers a traditional British menu, not exactly medieval but with plenty of great food like potatoes, lamb, game, English pudding and cheese, plus plenty of local beer.

The other hotel is The Old Bell in Malmesbury, Wiltshire, which was built as an inn by the Malmesbury abbot, in 1220. Still standing today are the building’s thick stone walls, some parts of the woodwork and a large, impressive fireplace, discovered only in 1986, buried in the walls during restoration work. 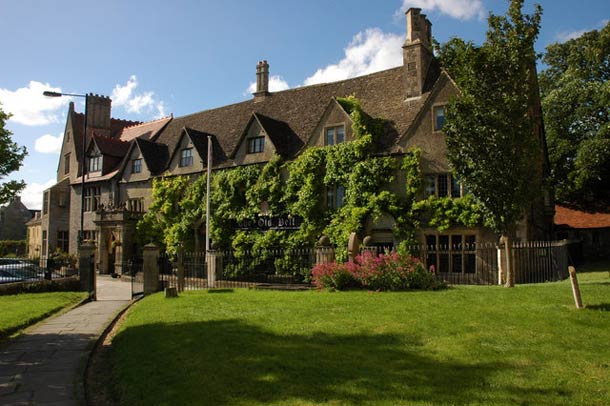 Some of the rooms, the bar and the restaurant are located in the inn’s “new” wing, which was built 500 years after the original building. And if that’s not interesting enough, let us tell you the hotel also has a ghost (nothing better to give an authentic feeling to an old building). Called the Grey Lady, this is the ghost of a young woman which was left by her fiancé at the altar and which has been haunting the Eastern side of the building ever since, looking for her unfaithful fiancé.

How about you, which one do you like more? And, like always, those who have been to either one of these hotels feel free sharing your experience!