KYB vs Monroe shocks/struts: the top difference between them

It’s inevitable. At one point, your OEM shocks or struts will surrender to the uncompromising force of mileage.

Obviously, skipping on the proper parts is asking for some uncomfortable experiences on the road. Damping matters a lot!

Monroe and KYB are the two big names you’ll hear when it comes to replacing OEM parts. So it’s no wonder that people ask themselves: “KYB or Monroe”?

With struts, I guess most of the US drivers are quite familiar with Monroe’s Quick-Strut. A (probably) smaller, but equally enthusiastic crowd swears by KYB’s Excel-G struts.

But which one is better? Actually, is any of the two brands better than the other?

Or are we talking about differences in how they let you glide on the road? Let’s see…

There’s a saying that generally KYBs are a better fit for Asian cars and score better in terms of handling and vehicle performance.

Monroe stick closer to OEM standards in terms of performance and feel softer when driving, more vanilla. Affordable, but maybe not that spectacular.

KYB vs Monroe: the most important difference

No, I’m not talking about manufacture. Actually, both are amazing in this regard. Monroe shocks and struts are produced locally in the US, as far as I know.

And KYB has this Japanese quality you know you can count on.

The difference between them usually lies in the amount of stifness and control you get.

If we’re talking about struts specifically, Monroes tend to be softer from the get-go. If you prefer rides that give you the reins in a smoother way, you might prefer them. Note that they might bounce a bit more on higher speeds.

With them, you might find yourself struggling with cornering sometimes compared with KYB.

Coming out of the box, KYBs are definitely stiffer. They also focus on giving you more precise control. More of the sweet “hands on” action, so to say.

This holds especially true for their GR2 lineup or the Gas-A-Just shocks that focus on a firmer ride with a little more control added for the driver. The Gas-A-Justs also look pretty badass: 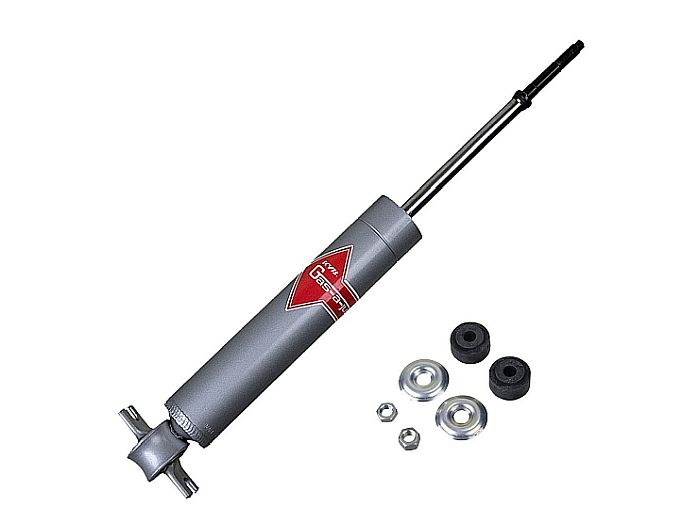 The standard Excel-G struts have the same purpose as Monroe’s Quick-Strut. They aim to give you a driving experience close to the one you had with the OEM parts. Still, the Excel-G definitely have an edge of stiffness to them.

Do you prefer a cozy softness, or are rather keen on a firmer driving experience?

This should be your main consideration point in choosing KYB shocks vs Monroe.

Same for the struts, really.

Usually struts or shock absorbers loosen with the miles traveled. KYBs go the opposite way – a big portion of them get stiffer and stiffer, actually.

Other points on Monroe vs KYB shocks/struts

I’ve had quite a few questions on how to go about changing your shocks or struts.

For example, if you have Monroe on the front…would it be a problem to get some KYBs on the rear?

Honestly, opinions vastly differ here. But for me, it makes sense to get the same brand of shock absorbers/struts for the whole car.

If you already have KYB shocks, go with KYB. If it’s Monroe, continue your Monroe-powered driving. I’m a member of the “Pair them up” group of drivers.

Also, keep in mind what roads you’ll be driving on. The firmer KYB shock absorbers and struts are generally better idea for extra rough roads with loads of bumps.

Well, less bouncing and more control over the road surface coming from your tires. The firmer damping effect of KYB is a crucial point to consider in this situation.

Same for driving at higher speeds. Monroes and OEMs definitely affect stability on highways and don’t deliver as good of a handling when you rev the engine up. 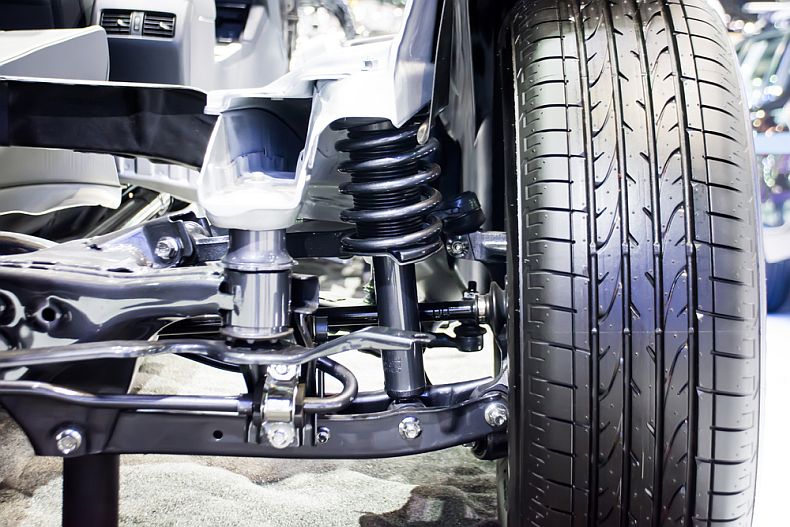 KYB and Monroe struts: what about the mounts?

A lot of people underestimate mounts when it comes to replacing their OEM struts.

The harsh truth is that in a lot of cases, it would be better to also change the mounts. I know, I know – it adds to that whole budget thing.

But better be safe than sorry when it comes to your comfort and safety, right?

In my personal opinion, Monroe mounts are better than what KYB offers. You can easily see (and feel) this in any of their Quick-Strut assemblies.

Check what Monroe strut assemblies are on Amazon 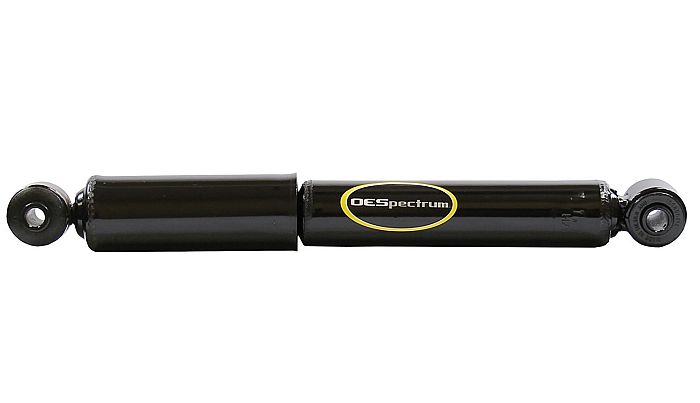 For general use, I’d say the OESpectrum is what will serve you very well for a reasonable price.

Monroe’s ace in this product are the smooth rod reaction and friction reduction thanks to the smart all weather fluid. I clearly mentioned that these are all about smooth driving, not that much control/stiffness to be found here.

The latter adjusts to bumps in the road, but I’d be careful with picking Monroes if you have harsh terrain under your car. KYB will perform better.

For smoother surfaces, however, they make for a better pack of shocks to have, in my opinion.

For the rookies who are concerned with installation – OESpectrums are definitely among (if not) the easiest shock absorbers to install. Even if you’re unfamiliar with such matters, it shouldn’t take you more than half an hour. And this will probably settle the debate “monroe OESpectrum vs KYB” for good for a lot of us that aren’t really handy with our cars. 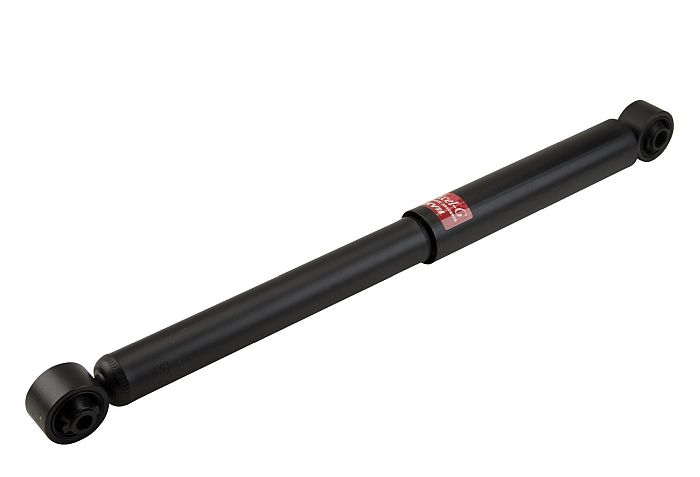 Out of all of KYB’s product lines, Excel-G is the most beginner friendly. Also, probably the most popular.

Both Excel-G shock absorbers and struts are all about firm control. For some they might feel too stiff, but for others they deliver exactly what you need.

KYB and their fans dub the G’s “Original Equipment of the Aftermarket” or OEA which is a play on the whole OEM thing.

What I’d like to note is that KYB might be a better choice if you need shocks for Asian cars. After all, the manufacturer is a Japanese company.

I’m especially looking at you, Toyota, Honda or Mazda drivers! KYB’s will give you a nice re-take on the OEM driving experience, with that extra grip you wanted.

When should I change my shocks or struts?

If we’re talking about average priced shock absorbers and struts – Monroe and KYB are definitely in this group, there’s an unwritten rule.

It says that around the 40-50 000 mile mark you’ll notice more significant signs of your parts wearing out.

This might be also dependent on what kind of roads you tend to drive on.

Makes sense, if you think about it: harsher roads that put more stress on your shockers or struts will take their toll faster.

I’m not a fan of measuring the durability of shockers in years. You can have them for 5 years and they’ll stay just fine if you’ve driven only 15 000 miles during that period.

Another driver will see them deteriorate in less than 4 years – just because they cover extensive distances every day.

That said, if you want extra longevity from your shocks, Bilsteins are a cut above both KYB and Monroe. I’ve written a comparison between them and KYB if you’re interested in learning more.

Remember: check whether you have struts or shocks

A fundamental mistake a lot of people make is thinking that the two terms are the same.

They’re not, and you’ll only waste your money if you don’t do a quick checkup before picking your replacement parts.

You can’t use a shock to replace a strut, if your car initially came with struts. And vice versa, a strut replacement wouldn’t work if you had a stock shock absorber.

This image gives you a very straightforward answer on how the two differ from each other: 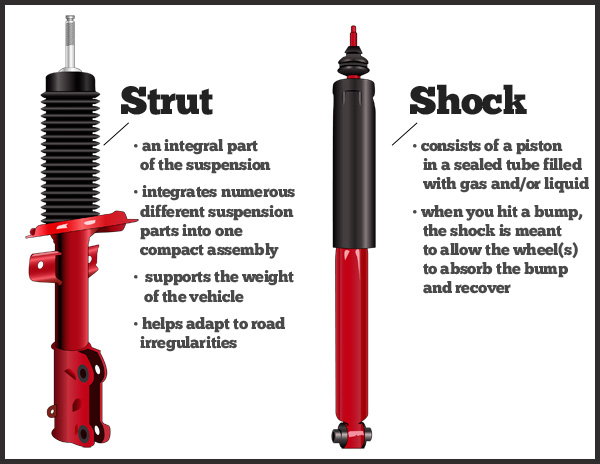 If you enjoyed this comparison, check my piece on Odyssey vs Optima batteries. It’s more related to some off-road adventures with the King of adventures – Jeep Wrangler.

For Jeep/pick up truck owners, I also have another comparison – of bed liner DIY brands!

In terms of general DIY related to cars, I’ve also written a word or…one thousand, on ball joint presses. It costs a lot, but with the right kit you can fix things up by yourself.

Who knows, though – it might come in handy for you, or a friend of yours! 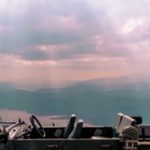 A nut about anything related to wild trails, cars and crazy fun. Sharp tongue, soft soul. My wife always says I need to trim my beard because I look like a hermit.