The World’s Most Beautiful Subway Stations 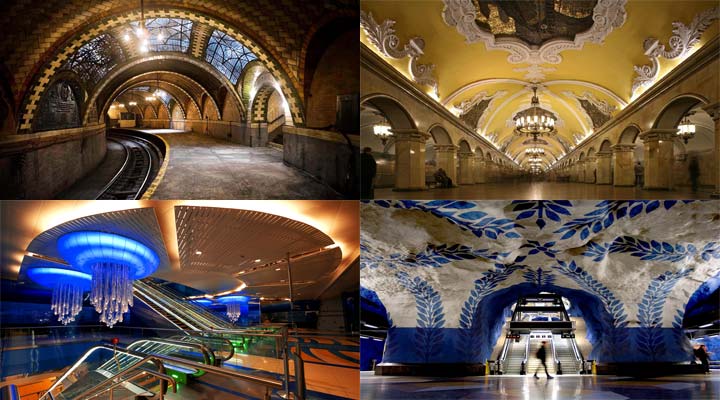 Whether it’s called subway, underground, U-bahn or metro, underground trains is perhaps the most popular public transportation in big cities all around the world. By taking the subway you usually get rid of one of the biggest problems faced by large cities today, which is horrible car traffic. However, even though you get to your destination a lot faster, for tourists, they clearly aren’t as attractive as surface transport, because you can’t actually see anything. And who wants to go somewhere without being able to enjoy the place? But there are some places in the world where the subway itself is an attraction, because there are some stations that simply make you say “Wow!”. Let’s take a look at some of them, considered by many the most beautiful subway stations in the world. 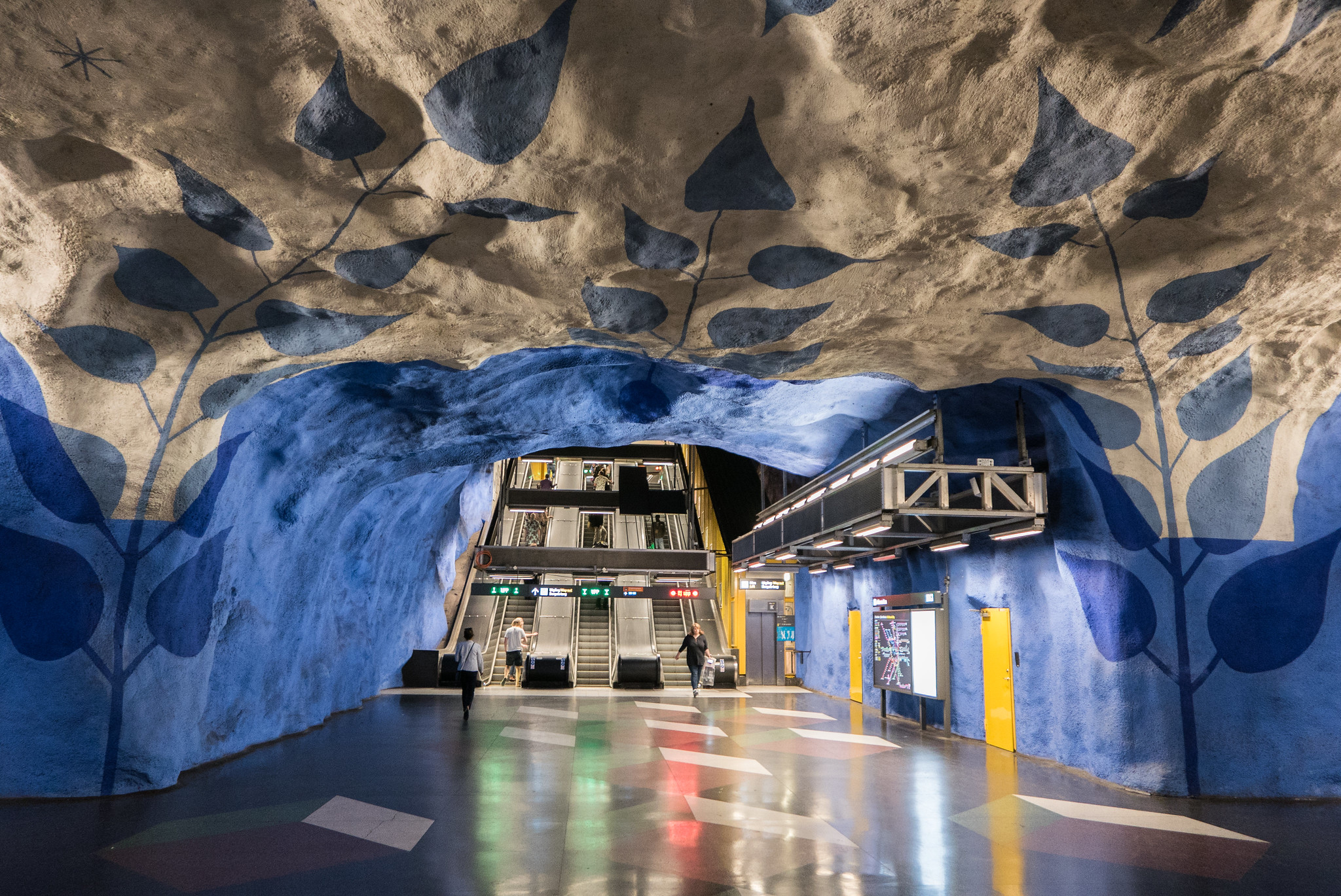 Built in 1975, the T-Centralen Centralen (where “T” comes from Tunnelbana, the Swedish word for “subway”) is Stockholm’s main station and is considered unique in the world because those who built it decided to keep the “raw” aspect of the rock carved walls. So they didn’t apply any finishing touches, instead chose to paint directly on the rock. But that’s not all, because the T-Centralen is only the highlight of Sweden’s subway network, because out of the 100 subway stations, 90 are decorated by 150 different artists. 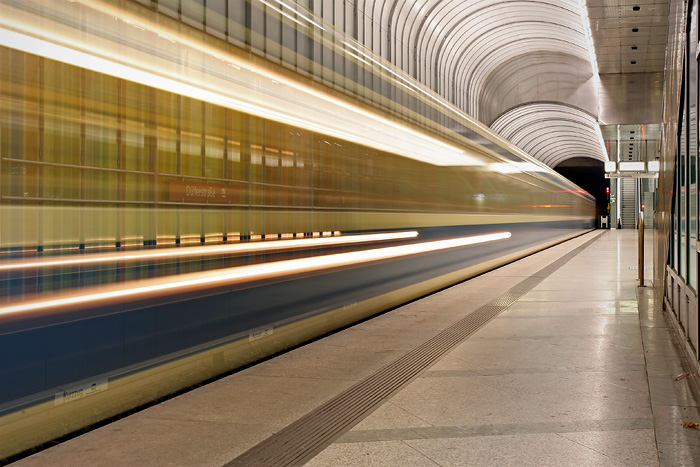 Munich’s subway was opened in 1972 and many of its stations are beautifully designed, with some of them featuring a minimalistic design, while others are decorated with art pieces or feature interesting architecture. The Dulferstrasse station, while featuring a typical, classic German look, is decorated with an entire palette of colors, which combined with the special lighting create the illusion of a huge rainbow. 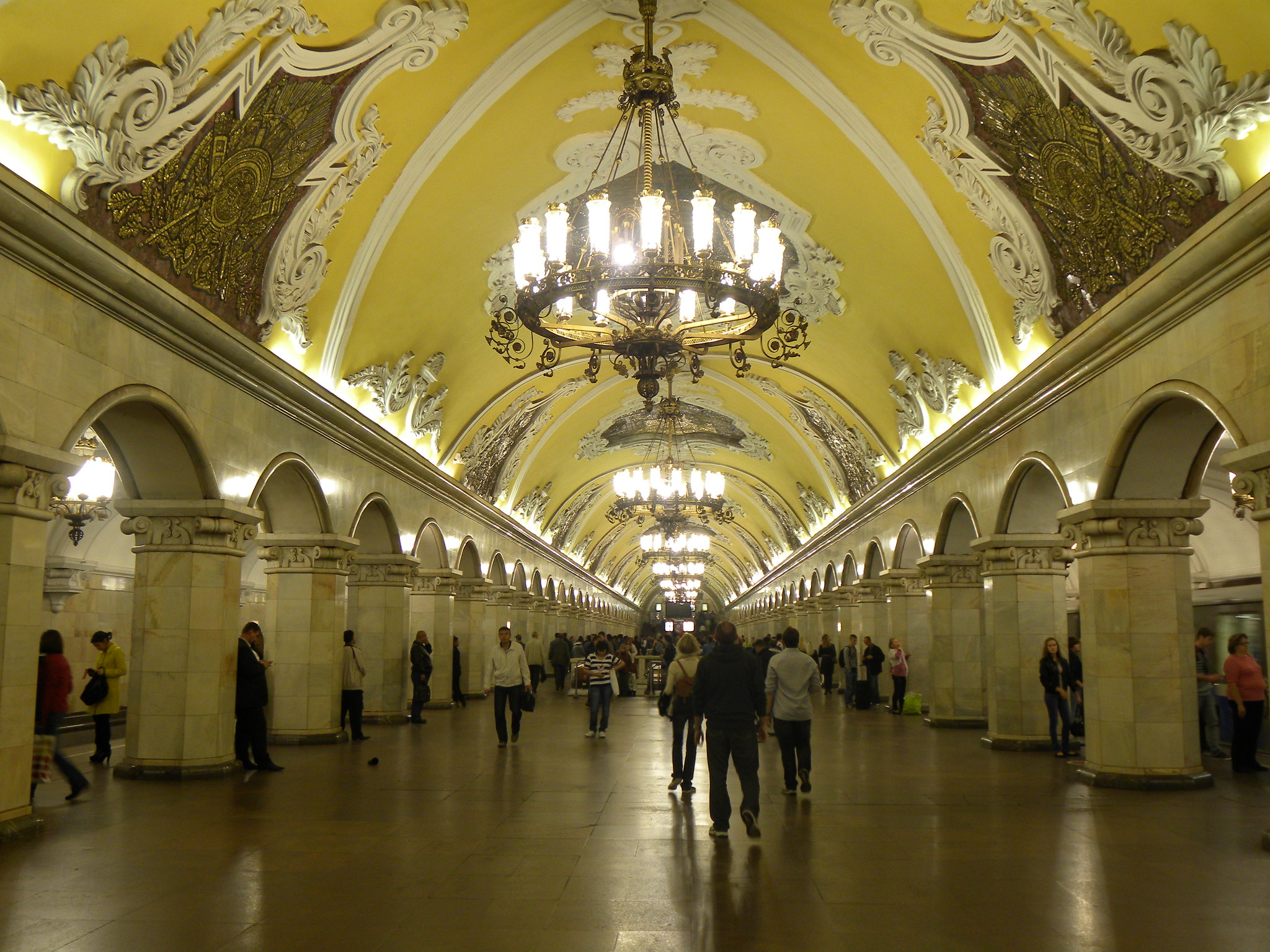 When it comes to subway stations, one of the most fascinating cities in the world is Russia’s capital, Moscow. With more than 190 miles of subway and 186 stations, is the world’s third most trafficked rapid transit system. And choosing which station to feature in this article is a tough call, because many of them are simply breathtaking. But the most beautiful and famous one is probably the Komsomolskaya station, located below the square with the same name, one of the most crowded places in Moscow. The station could successfully compete at any time against any luxury castle hall, being decorated with artworks created by Russia’s most famous artists and lit by incredible crystal chandeliers (each one weighing a few tons). But, like I said, this is not the only beautiful station in Moscow, other examples being the Novoslobodskaya station (decorated with 32 stained glass art pieces manually created in Lithuania) or the Kievskaya station (Moscow’s first subway station, once considered “the pearl of the Soviet empire”). 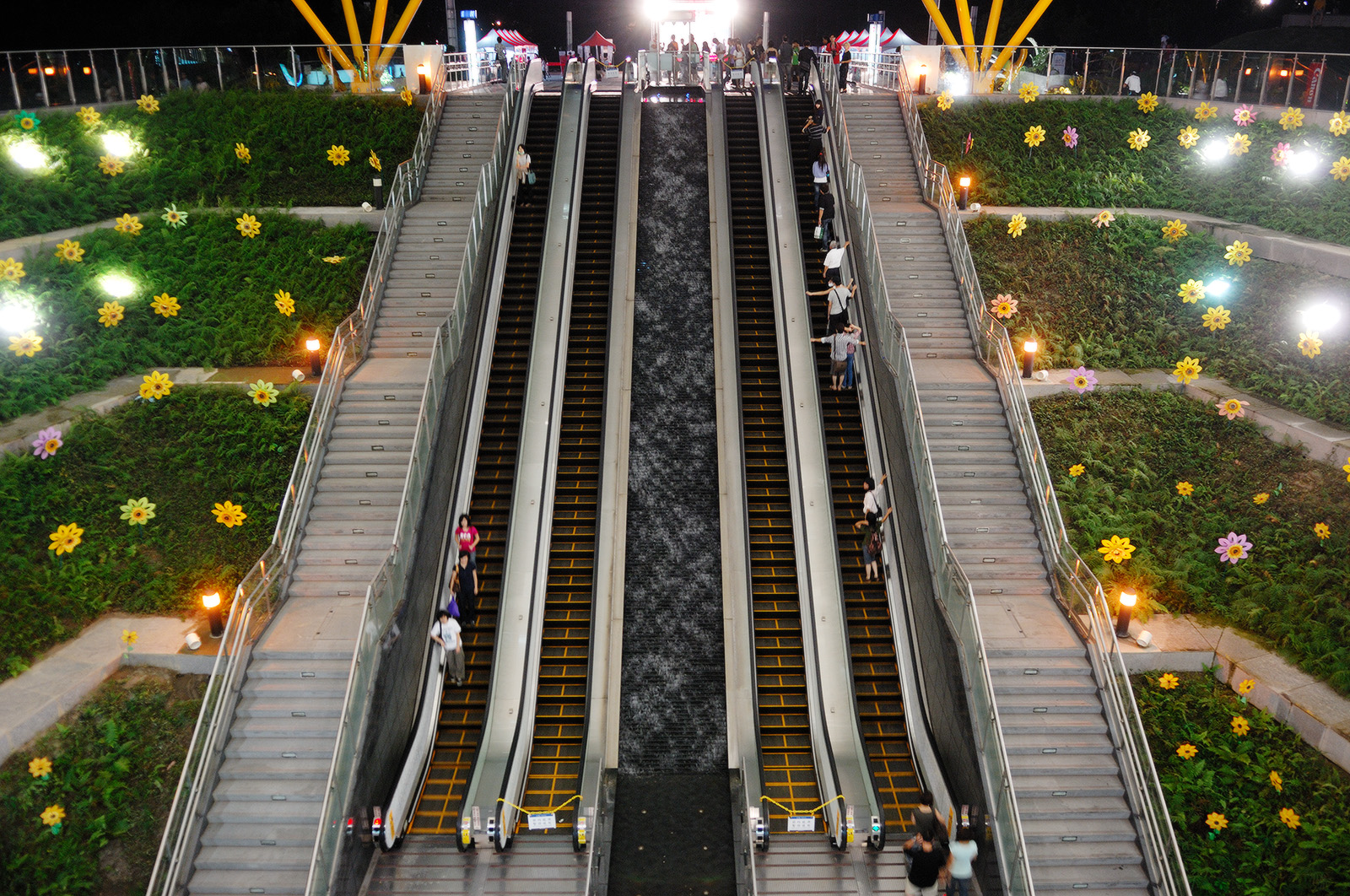 Located in Taiwan’s second largest city, Kaohsiung, the Central Park station was opened in 2008 and it draws its name from the nearby Central Park. It was designed by famous British architect Richard Rogers which managed to create an “outside” feeling to the underground construction, by using a lot colors and placing grass areas and artificial sunflowers around the place. If you are staying in Kaohsiung, don’t forget to book your travel accommodation through Expedia to get the best deals. 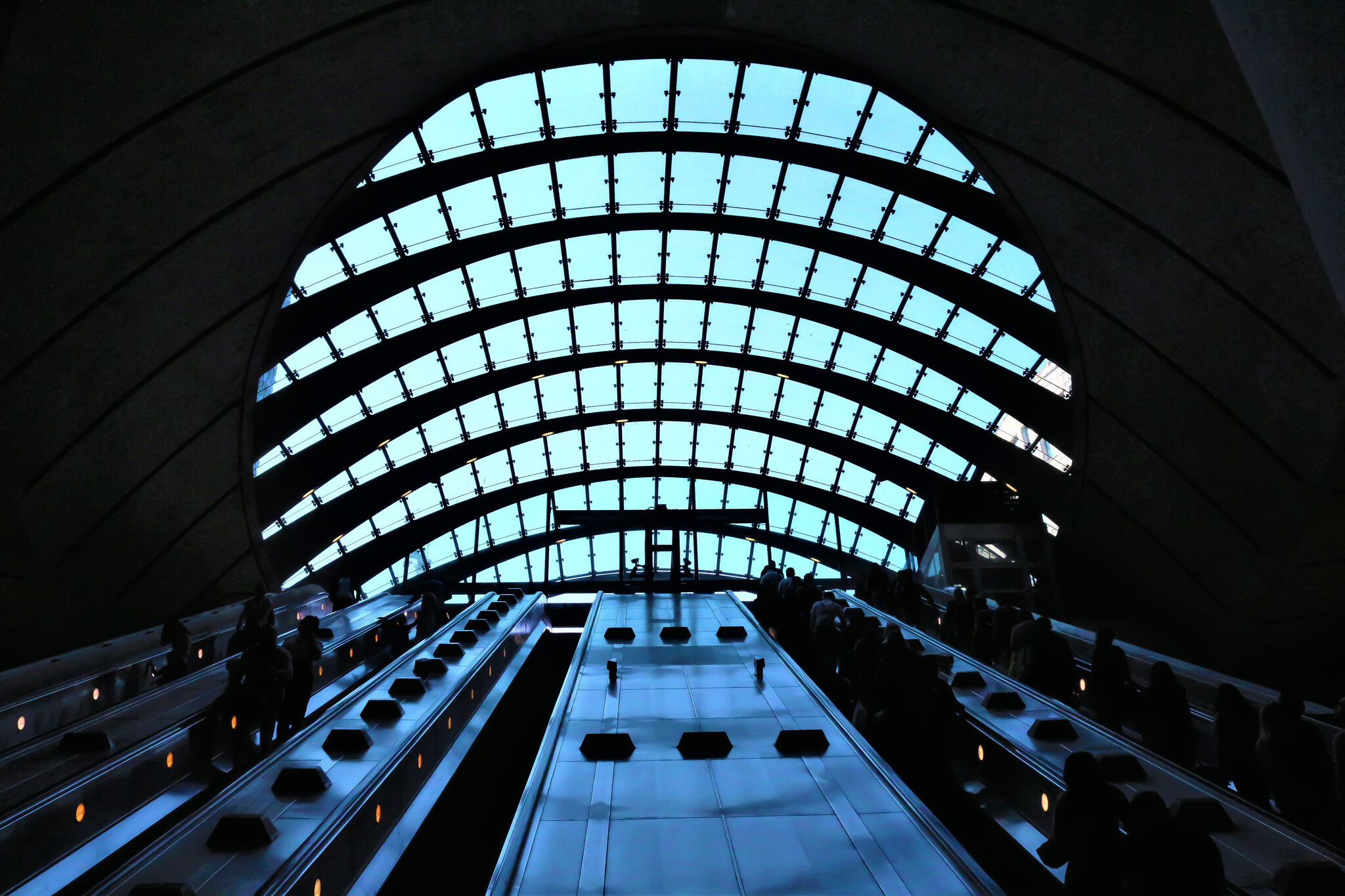 Another fabulous subway station is the Canary Wharf, the busiest London Underground station outside Central London, serving the Canary Wharf business district. The station was opened in 1999 and it impresses not only with its huge dimensions (it’s often compared to a cathedral and it was once actually used to celebrate a wedding) but also with its modern design featuring a lot of glass and steel, created by famous architect Sir Norman Foster. 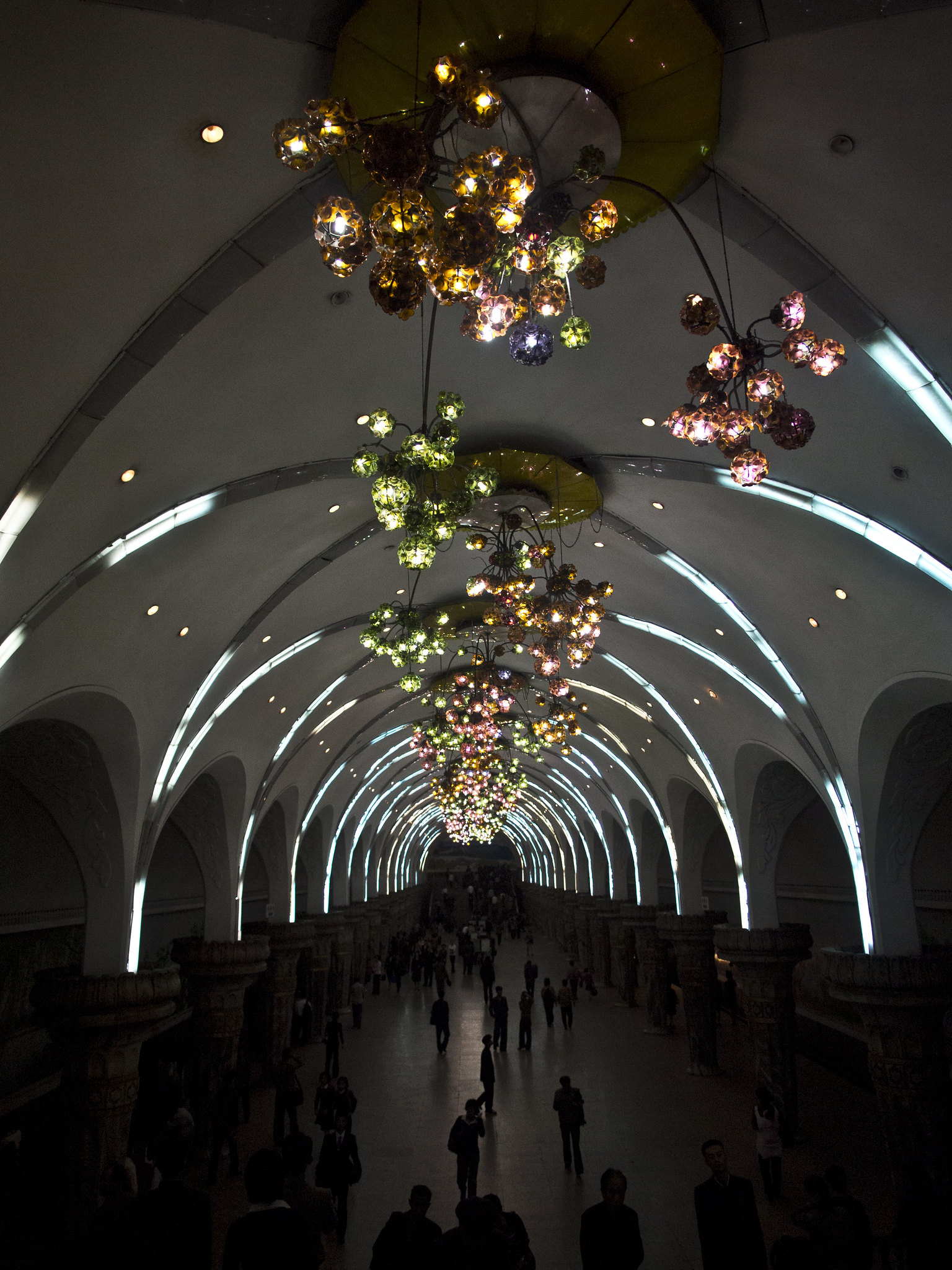 Inaugurated between 1969 and 1972 by former President Kim-Il Sung, the Pyongyang Metro network is currently considered the deepest metro in the world (track is at 110m/360ft underground). The North Korean metro was inspired from the Moscow subway network and one of it’s main purposes was to facilitate military transport (the subway staff’s uniform is very similar to a military uniform and there are rumors claiming that many important military locations are secretly connected to the subway network). However, today it’s mainly used for passenger transport and one of the main highlights is the Puhung station, decorated with painting depicting the North Korean people’s glory and with chandeliers adding the luxury “feeling”. Unfortunately, there aren’t many tourists that had the privilege to enjoy the view, because the communist country’s foreign policy is extremely strict. 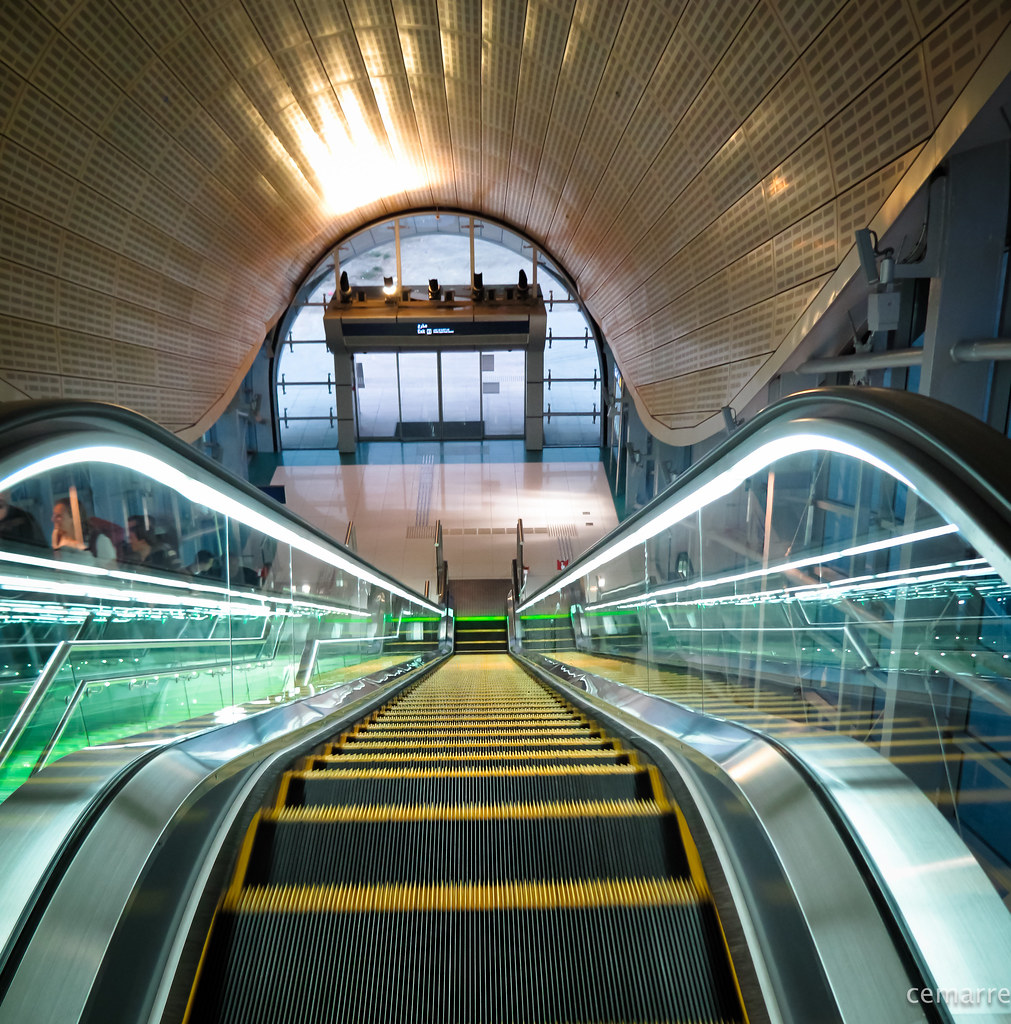 As you might expect, the land of opulence, Dubai, features an impressive subway network. And as you probably noticed, in this case we’re not talking about a single station but the entire network, which is still under construction. The $8 billion project was started in 2005, with the first station being opened on September 9, 2009 at 9 minutes and 9 seconds past 9 p.m. (9:9:9 9/9/9). Most stations combine modern design with the local tradition. For example, the stations feature a shell shape, reminding of the emirate’s pearling tradition, while the interiors are inspired by the four nature elements: earth, air, water and fire. Of course, don’t be surprised if you’ll spot extravagant decorations such as huge chandeliers. 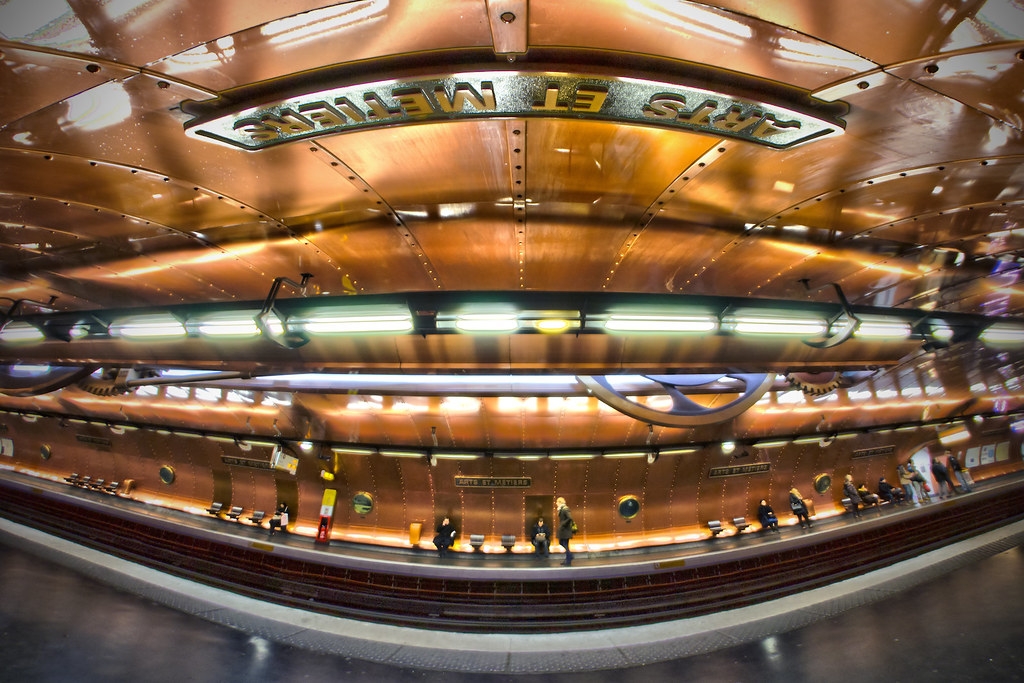 Serving the Musee des Arts and Metiers, the station was opened in 1904. However, in 1994 the station was redesigned to celebrate 200 years since the establishment of National Conservatory of Arts and Crafts. The new look was created by Belgian artist Francois Schuiten who drew his inspiration from the works of famous French writer Jules Verne, especially one of his flagship novels, “Twenty Thousand Leagues Under the Sea”. 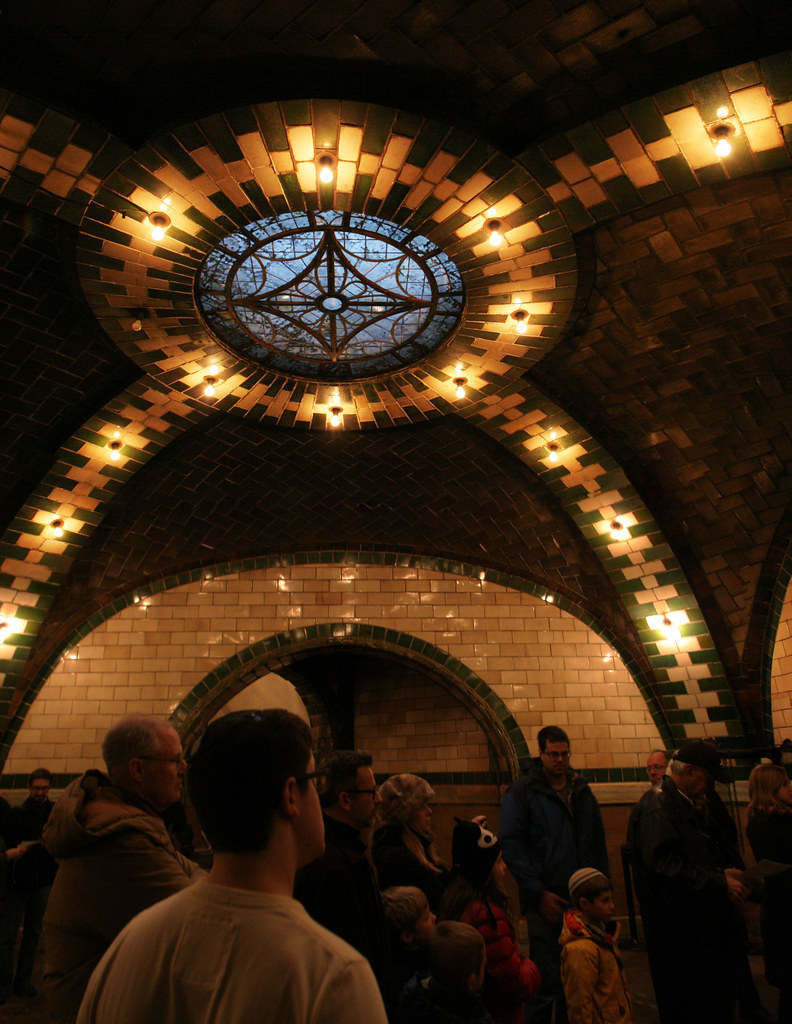 New York subway isn’t known for its impressive architecture, but among all the station there’s a hidden gem not many know about. The City Hall station was built between 1900 and 1904 and featuring tall arches, skylights, chandeliers and brass fixtures it was la piece de resistance of the entire New York subway until December 31, 1945 when it was closed. This decision was taken because newer and longer trains had to be introduced and the station’s platform wasn’t long enough. In the late 90s there was a plan to restore the station as part of New York Transit Museum but it was aborted after 9/11 due to security concerns. Today, if you want to see the station, it’s a little bit tricky, because it’s closed to the public and only used as a turnaround point for the 6 Train. However, since passenger aren’t required to get off at the last stop (Brooklyn Bridge), if you stay in the train past that station, you’ll be able to enjoy this absolutely beautiful subway station.