From Spincast to Baitcast: Common Types of Fishing Reels

Whether you’re new to fishing or a frequent recreational angler, the type of fishing reel you use definitely matters. Each reel has distinct features, designed for a specific use or experience.

From their cylindrical shapes, drags, reel handles and reel feet, each type of fishing reel is distinguishable in its appearance. They were invented during the Song Dynasty and have now emerged as newer, more innovative versions of the original design. Read on to find some of the most common types of fishing reels:

Often referred to as a ‘close-faced reel,’ the spincast reel is known to be the easiest to use and the most inexpensive one out there. It features a metal nose cone which hides all the important components of the reel. On the back, it includes a button that serves to function as a push-release feature for decent casting accuracy.

The spincast reel also works on a drag adjustment mechanism. This allows a user to adjust the resistance a fish feels when pulling on the cast line. It is located on the side of the reel or next to the reel handle.

The drag adjustment is included at the top of the reel and comes with a metal bail the purpose of which is to lock the line and prevent it from unspooling. The same bail also guides the line back into the spool within seconds.

Although the small spool size can lead to line twists, the spinning reel is popular due to the added control and ease of use. 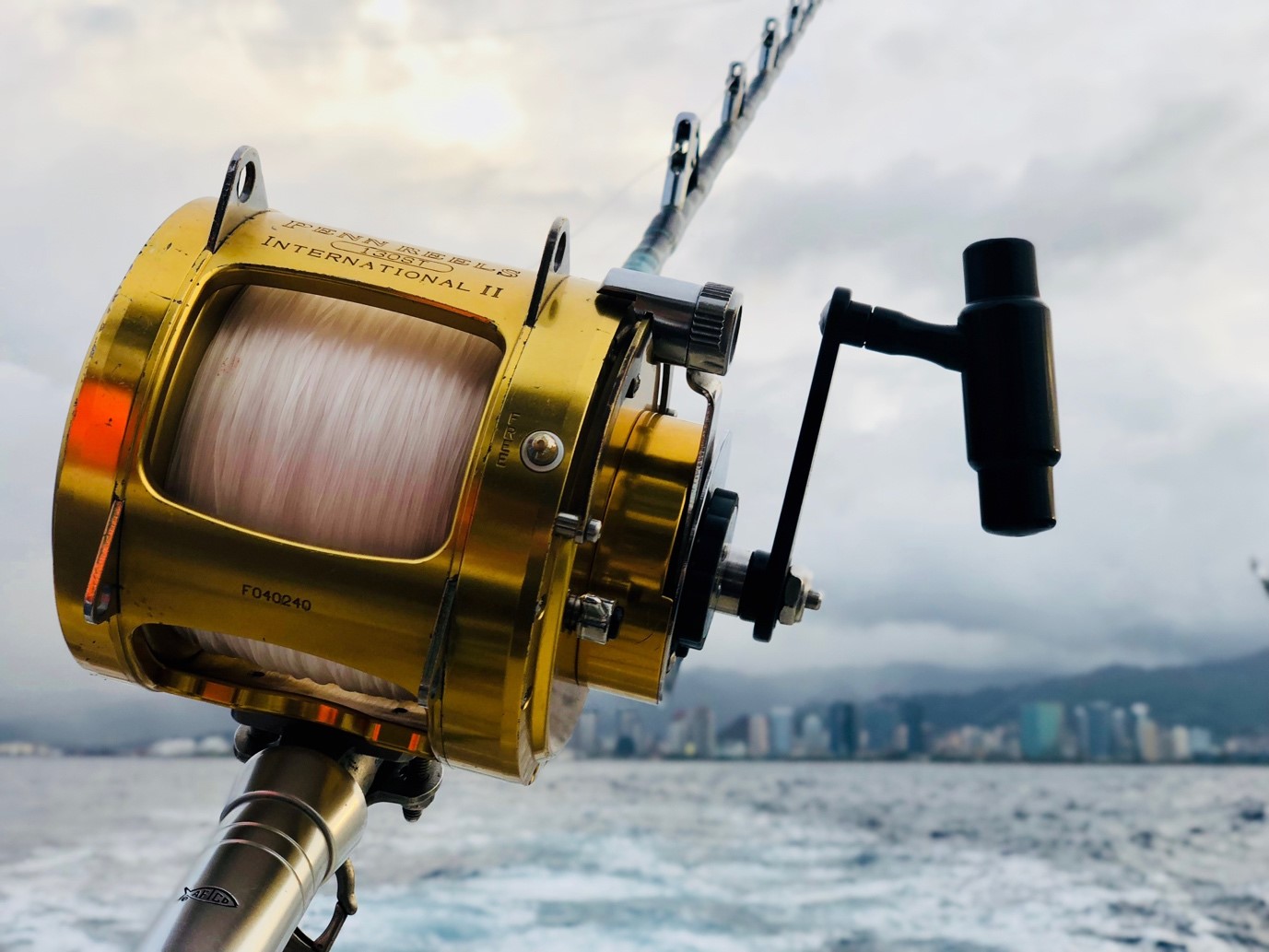 Arguably the most advanced type of fishing reel, baitcast reels work on a rod-and-reel combination. They have more cranking power to retrieve larger lures and capture bigger fish. There are two types of baitcast reels:

Baitcast reels include two new features; spool tension knobs and a braking system. Both features adjust how fast the line goes out of the reel and can be fixed according to a user’s preferences.

There is also no bail in the baitcast reel. Hence, to stop the line from spooling, you only press your thumb against the spool, allowing an accurate cast.

Historically, fly fish reels were designed to keep precision and accuracy in mind. As stated by their name, they feature artificial fly lures that weigh almost nothing. In order to cast the weightless lure, the weight of the fishing line is used instead of the weight of the lure itself.

The fly fish rods are designed using various types of materials such as graphite fiber, fiberglass and bamboo – each of which are unique in their weight, durability and appearance. The lures, which are fishing baits used to attract the attention of the fish, use colors, flash and movement in baiting the fishing. Some of the best lures are equipped with one or more hooks, and are attached to the end of the fishing line.

As you just read, fishing reels come in tons of shapes, sizes and varieties. Each of the four reels discussed above have their own set of features, ‘luring’ you into purchasing them. Once you are familiar with the types of fishing reels, consider a number of factors from your end i.e., your experience level, budget, the weight you’re looking for and most importantly, your fishing location.

If you’re a novice, we recommend starting out with the most inexpensive, light-weight fishing reel. This will help you gain more control and learn as you continue to fish. Start with smaller fish, and then move onto bigger ones once you feel you’re well-trained. Remember, you’re unlikely to catch all the fish in the sea. Start small and slowly reel ‘em in!