If you like coconuts, you may have been eating only one type of coconut all your life. There are different varieties of coconuts available across the world. The top coconut producers in the world are Indonesia, India, Sri Lanka, Brazil, and the Philippines.

Out of these countries, the Philippines exports over $1 billion worth of coconuts to the United States, so the coconut you are snacking on or drinking coconut water from is probably from there. Even though there is only one species of the coconut plant — Cocos nucifera or the coconut palm — that produces coconuts, within them, several kinds of coconuts are grouped into different types and categories.

They are one of the most common types of coconuts. The two grown in abundance are the West Coast Tall and East Coat Tall coconuts. Tall coconuts have a lifespan of around 80 to 90 years and grow to a height of 3,000 feet or more. The coconut trees that produce them grow up to 59 feet.

They require red loams and littoral sand to grow tall and strong. They are resistant to diseases and pests as well. The nut from the coconut is medium and varies in color, such as green, yellow, brown, and orange. Since they can cross pollinate, other trees might share their genetic material.

Dwarf coconuts are smaller and grow up to 60 feet, can live up to 50 years, and produce fruit earlier. The nuts of the coconuts are small and round and weight about 3 oz. Drought conditions can affect them negatively. They produce green, orange, and yellow nuts. They self-pollinate and produce more fruit.

Hybrid coconuts are a cross between a tall female coconut variety and a dwarf male variety or the opposite. The hybrid coconut blooms early to produce high quality coconuts. They require proper irrigation and nutrient management to grow well.

Even though the coconut palm is the single palm tree to produce coconuts, different countries grow and cultivate several varieties of this palm tree. The taste of coconut water, color, and taste of the fruit may differ from country to country. The genetic factors might also differ slightly.

The most common types of coconuts in these varieties include: 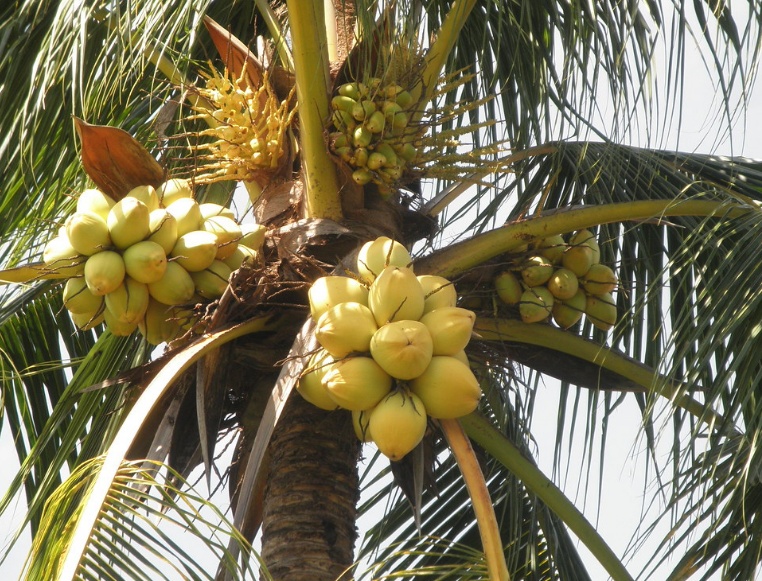 Malayan Yellow Dwarf belongs to the hybrid coconut variety. Found in tropical destinations, it produces a lot of coconuts. To grow well, they need deep organic mulch and free draining soil. Indonesian farmers introduced this dwarf coconut to Malaysia between 1890 to 1900.

The fruits are pale yellow and green in the beginning and then change to pale yellow later. They produce oblong, medium-sized fruits, weighing up to 2 pounds. Some countries to grow this variety include India, Thailand, Jamaica, and Fiji. 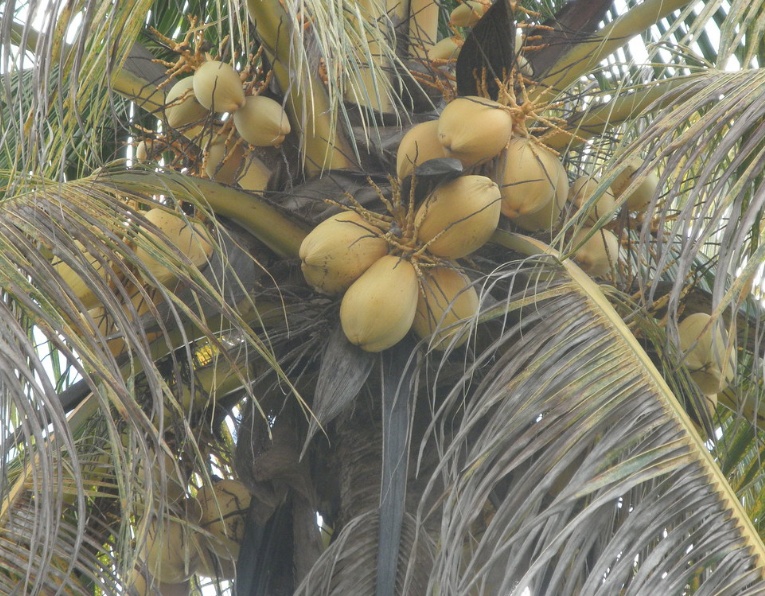 Golden Malay is grown in Bulgaria and imported from Indonesia. Its palm trees grow bronze and red fruit. They are grown in sheltered and warm locations. You will also find them growing in areas with organic mulch and free draining soil.

The palm trees can grow over 40 feet. This coconut variety produces fruit early with the fruits appearing golden and orange in color. It provides delicious coconut water and you can use the fruit for cooking as well. 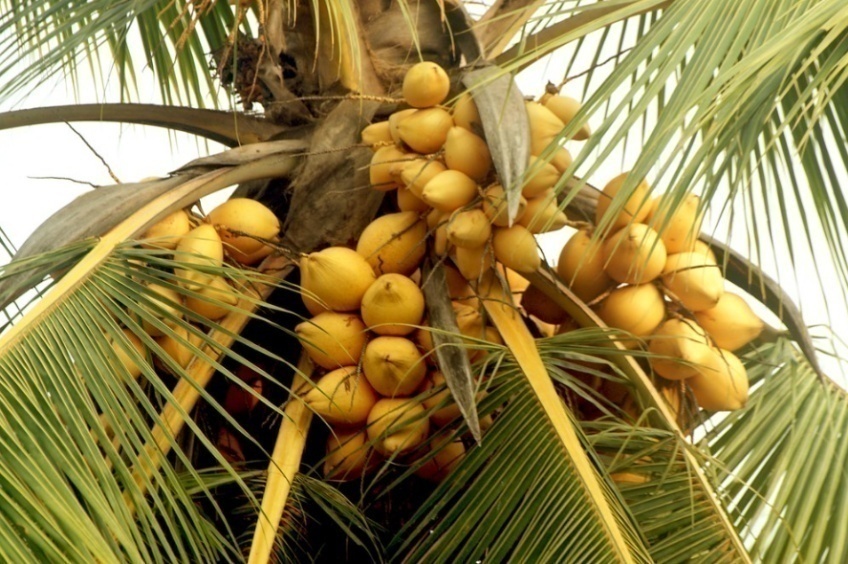 King coconuts are native to Sri Lanka, but also grow in India. In comparison to other varieties of coconut palm trees, they are slightly shorter in height, growing up to 65 feet. They produce 20 coconuts in clusters. The coconuts look like a football with an elongated and oval shape.

They have bright orange skin and grow all year around. They are harvested after 7 to 8 months. Their nut is sweet, and its liquid is full of flavor. You will feel instantly hydrated, cool, and refreshing after drinking its coconut water. 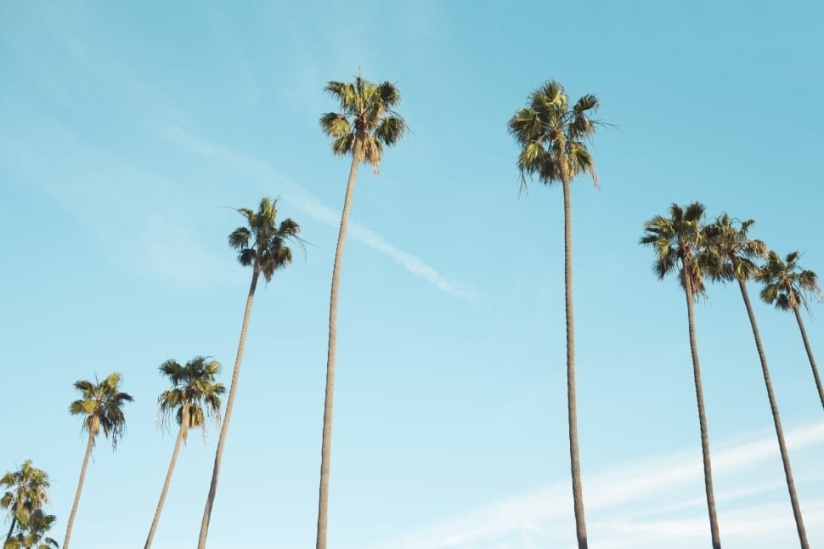 East coast tall takes around 6 to 8 years to bear fruit, but when it does, it can produce around 70 coconuts each year. The coconuts contain 64% oil in well-drained deep sandy loam soils and red loamy soils, which are the preferred growing conditions. They can tolerate pests, such as mites, scale insects, rhinoceros beetles, and mealy bugs.

Even though west coast tall can grow on all types of soils, littoral sand and soils that tolerate moisture are the best soil options. It takes them around 6 to 7 years to grow fruit and when it does, it can produce around 80 coconuts each year. Each coconut contains a lot of coconut water, which you can convert into juice later. 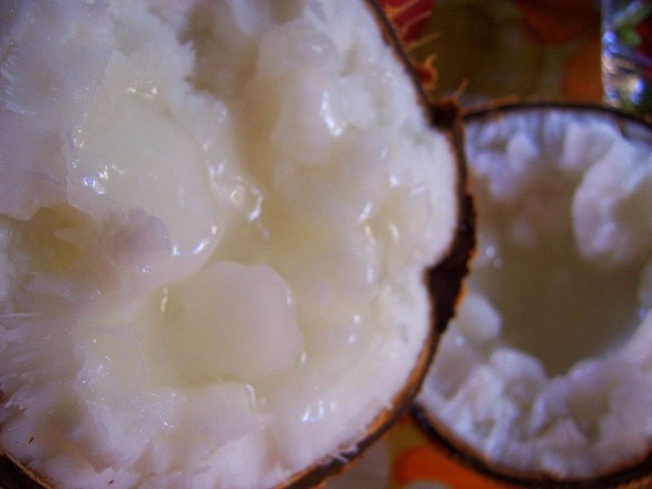 Macapuno is a dwarf mutant tree, which produces soft and jelly-like flesh because its endosperm has not been developed properly, thus resulting in an under-nourished embryo. Even though this coconut contains around the same nutritional properties as regular coconuts, it produces a different type of shell that has almost no liquid and soft coconut meat.

You will not find this variety in most countries. You will find this variety in abundance in Asia where people consider it as a sweet delicacy. You can use the coconut meat to create different desserts. If you want to eat a sweet dish made using this type of coconut, be ready to pay more for it.

They have a soft and firm texture and a sweet and nutty flavor. They contain a lot of oils and protein, which makes them a good, nutritious food to eat.

So, do not miss the chance to eat coconut fruit and drinks its water on your next vacation. Make it a goal to try all types of coconuts sold around the world.