A Canadian couple that was getting married on Saturday had an uninvited guest over: a tornado formed in south-central Saaskatchewan, while they were getting their wedding photos taken by the professional photographer Colleen Niska. 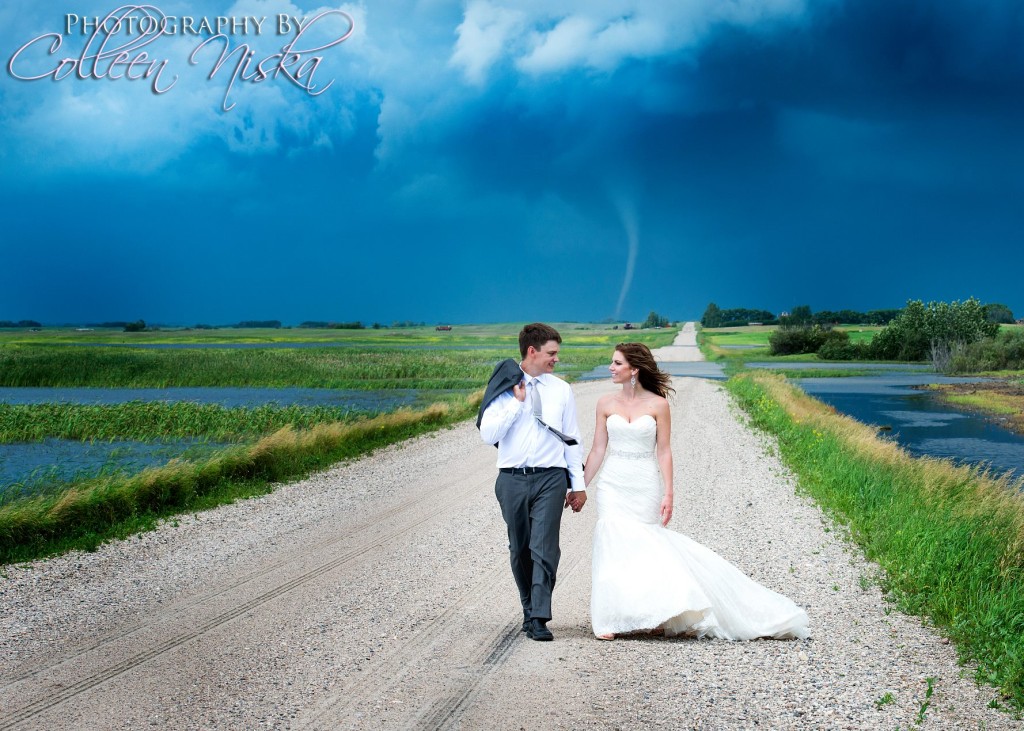 The weather was perfect until the newly weds took a drive outside Davidson, about 20 minutes away, to take some photos in the field. That’s when the bride spotted the recently formed funnel, that was ripping in the background. As neither of them has seen a tornado before, they quickly decided it’s a once in a lifetime opportunity and they should take advantage of it. Also, they had a car and were far enough away to safely continue the photoshooting.

Chandra, the new bride (who preferred to not give out her last name), declared for The Star Phoenix that when they returned to the wedding reception, they found the tent in her parents’ backyard blown down by strong winds, and they had to gather the guests inside. However, it continued as a delightful evening.

In two days since being posted, Colleen Niska’s photos have gathered around 25.000 likes and almost as many shares on Facebook.

You can also read more about this story on CBC. 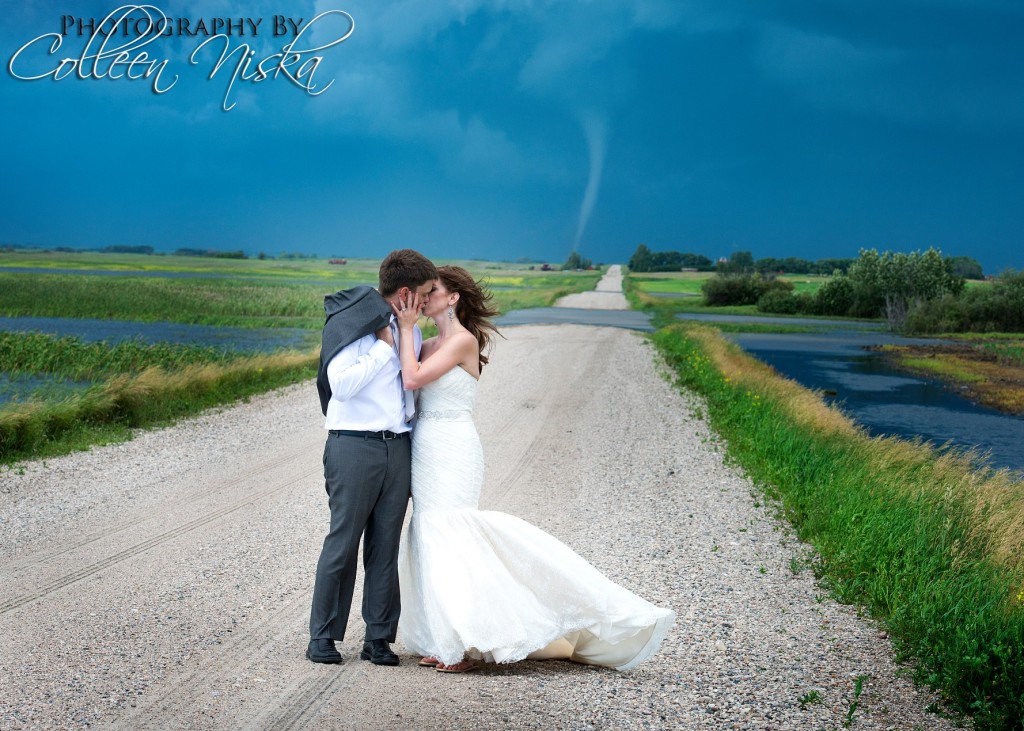