The Great Dune of Pyla – The “Sahara” of France

Who would’ve thought, even for just one second, that such a large geological formation, that looks like it belongs to the desert, can lie down in the beautiful Aquitania province in France, only 40 miles away from Bordeaux? Well, The Great Dune of Pyla is a rare geological phenomenon and a very popular tourist attraction, being the tallest sand dune in Europe. 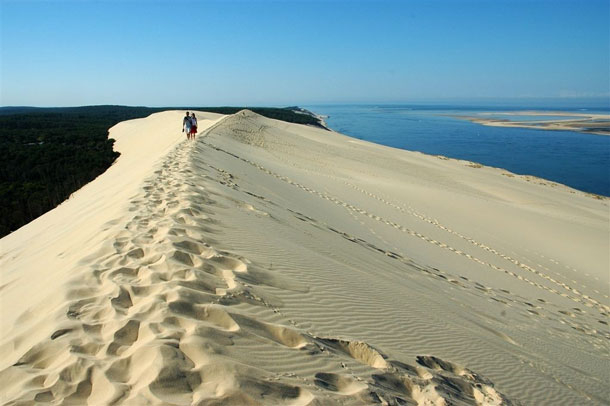 If you’re visiting the beautiful city of Bordeaux, you’re just a one-hour drive away from seeing a fairytale place, the Great Dune of Pyla (or Pilat). Located in the Archanon Gulf, close to the Atlantic Ocean, the large sand formation has a total length of 1.5 miles, a width of 1,600 feet and its maximum height is 351 feet, while the estimated total volume of sand is 60 million cubic meters. 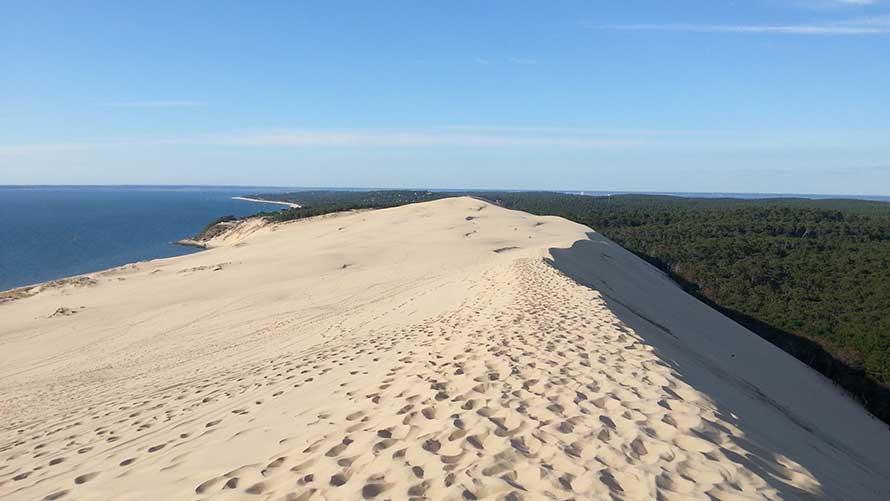 So, how did this huge strip of sand show up in this unusual place? The Great Dune of Pyla is part of the Aquitaine coastal sand dunes, a sand formation unique in Europe, which features four different types of sand formations, arranged from east to west: parabolic, crescentic, dome and Aeolian sand barriers. All these formations have an asymmetric structure, their eastern slopes being steep while the western ones are smooth, modeled by the wind. French geologist classified them this way: 47 dunes have a height between 230 and 330 feet, 350 are between 165 and 230 feet, 710 are smaller, between 100 and 165 feet and the majority are small, between 30 and 100 feet. 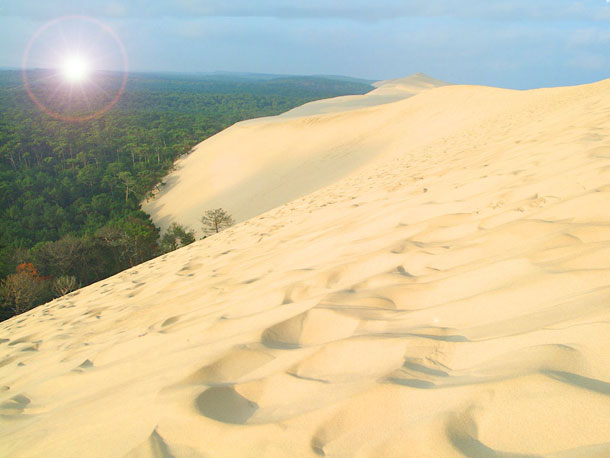 And above all rises the Great Dune of Pyla. The dune’s structure is similar to the other dunes in the area, being made mostly of small granules of silicon dioxide (silica) which has been polished by wind for the past thousands of years until a granule’s diameter reached 0.35 mm. The sand granules size is different on the dune, depending on the position: towards Soulac it is 0.35 mm, near Archachon is 0.25 mm and in the Southern part towards Bayonne is 0.40 mm. 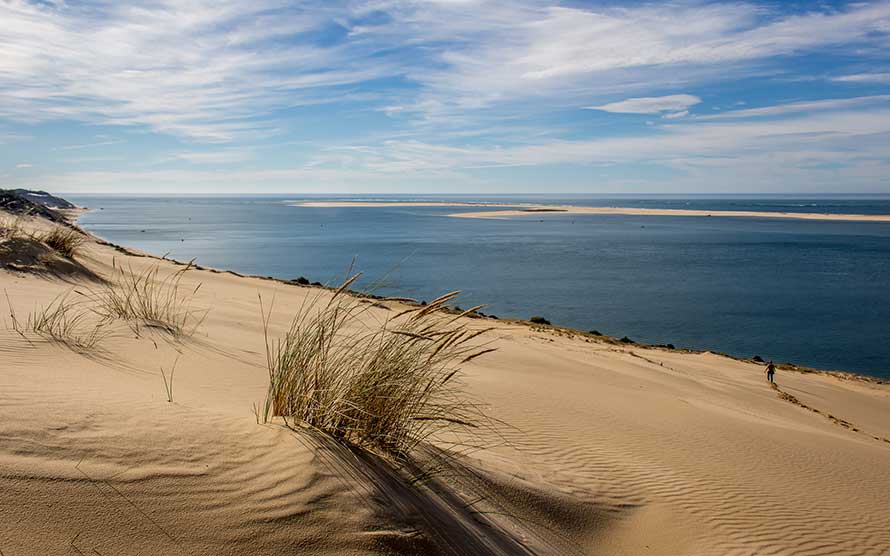 Perhaps many will be surprised to find out that the dune is quite recent, being formed between the 17th and the 19th century, the sand from several other dunes being blown in this location by the strong winds coming from the Atlantic. The entire phenomenon was generated by the sand in the Arcachon Gulf and by the migration of the southern canal, which produced a severe erosion of the eastern shore. Based on historical evidence, between 1826 and 1922 the entire coast around the Pyla dune has been eroded by 1,650 feet and all the plants and trees covering the western side of the La Grave dune has been destroyed. Without any plants to hold the soil in place, the sands were moved by the wind towards the Pyla dune and stored around the pine trees surrounding the dune. 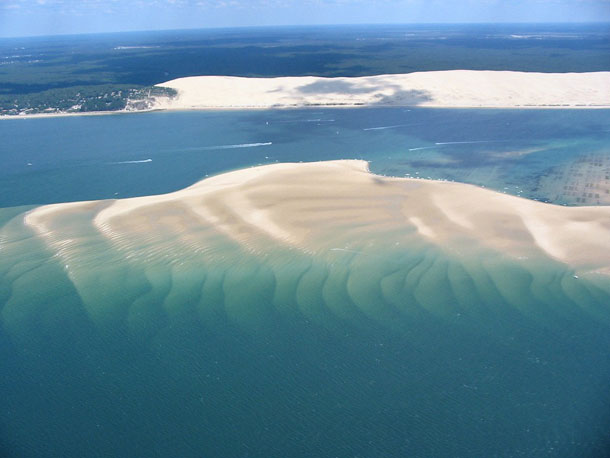 In the 19th century, French authorities decided to plant a large pine forest in the area, in order to hold the soil around the dune, today this forest being the largest remote pine forest in Europe.
However, the Great Dune of Pyla has no problems extending over more than 20 private lands and each year the sand from the dune’s eastern part covers more than 86,000 square feet of pine forest. Even though on the short run, the dune’s expansion is harming the plants, animals and people in this area, the dune is being protected by the French government and it definitely deserves it, being one of the most fragile natural monuments in Europe. 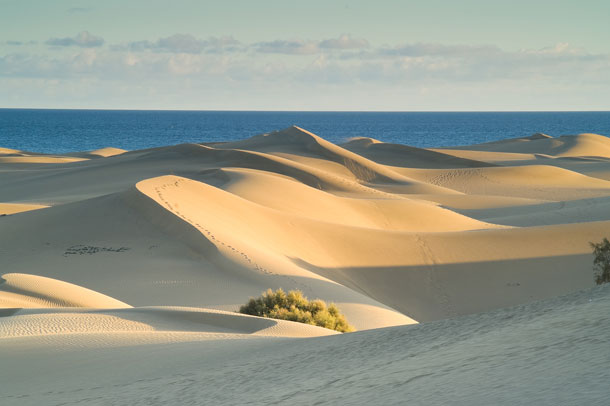 As for the experience of climbing it, I must tell you it’s an amazing thing to do. The fresh ocean air, combined with the pine scent and the tingling feeling you get when walking on sand is one the most amazing combinations in the world, not to mention the contrast between the sand’s golden color, the green of the pine forest and the dark blue of the ocean.