In order to avoid the habit of associating drones with something negative, professionals have started referring to them as “quad-copters” with a small camera attached, which makes it a tad more personal and something that couples can relate to. 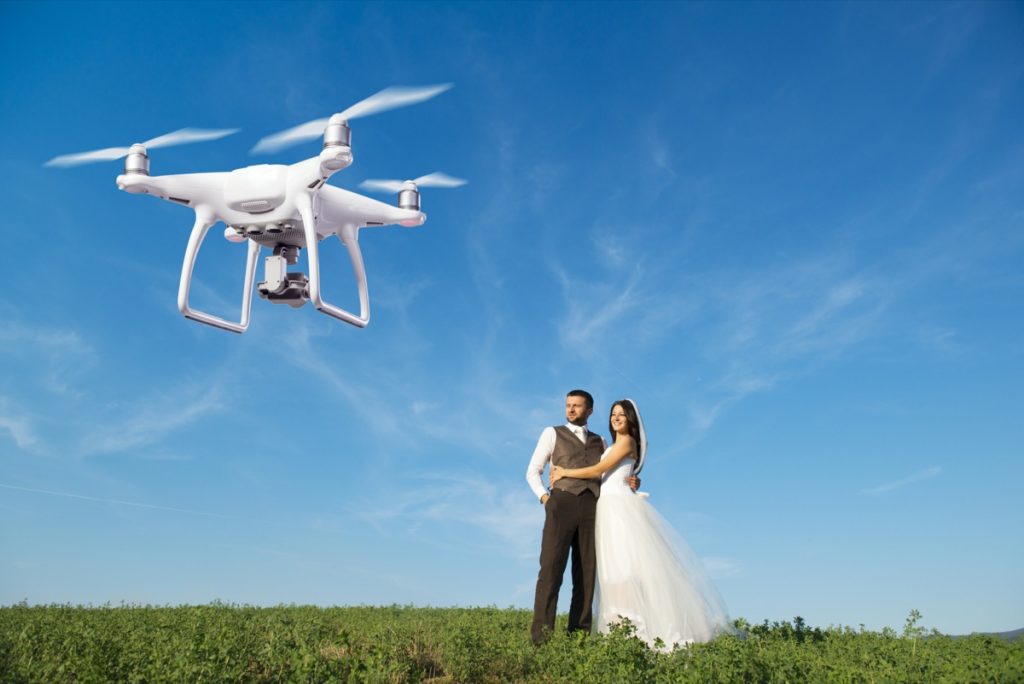 However, in the U.S. there is still the problem with the the FAA (Federal Aviation Administration) – drones aren’t clearly regulated, especially when it comes to commercial purposes, and won’t be until the beginning of 2015, when the agency plans to release a new set of regulations. Until then, basically, the guidelines state that flying drones need to fly below 400 feet, avoid flying over populated areas or within five miles of an airport or hospital (in which case, the control tower should be contacted before).

According to Brendan Schulman, a lawyer and special counsel at the law firm Kramer Levin in Manhattan, where he represented drone pilots in court: “This is the future of technology. It’s not like an airplane with passengers and fuel on board, and there are no safety issues.

One must consider that there are some risks in operating drones, and not just the problems that photographers could end up having with the law. Drones can be quite dangerous if you don’t know how to operate them – you have to test all its limits and security systems, test what happens when it remains without battery or when you shut off its controller, make sure you have where to land it in case of emergency, and don’t forget to check the weather – if it’s windy, you won’t be able to operate the drone.

Also, they are appropriate only for outdoor ceremonies, never inside the venues – there is no GPS signal inside and any ventillation system can mess up its flight path.

Some security issues have also been raised, since these devices are vulnerable to hijacking through tactics like GPS spoofing. This means they are not that hard to steal or hack.

If you are shooting a trash the dress session on the beach using a drone, other privacy issues arise. Due to the height at which they are operated, drones can capture images or footage of other people that are not related to the wedding and surely don’t want to be photographed. Again, this depends on your local laws, so make sure you are aware of them before you consider aerial photography.

How much it costs? Having a fresh view of your wedding doesn’t come cheap, as the set-up process is pretty expensive. For example, the Picture Perfect Portrait and Design Company will charge $400 for 5 images taken during a 30-minute drone shoot.

But they are still a good idea, as long as you can avoid “getting in way”, collisions or injury when landing. What people wouldn’t do for a good wedding shoot…