Netherlands, A Land Of Superlatives

On the world map, The Netherlands looks like a small strip of land at the edge of a pretty small continent, Europe. A rushed driver can easily cross the country in just 4 hours. But still, it’s an amazing territory!

The Netherlands, in a few words

To make a short description of The Netherlands is an extremely difficult task considering the huge amount of interesting facts about this amazing country. To understand the Netherlands, a land of superlatives, first you have to know a little bit about the specific geographic and climate conditions over here. Extremely flat, the country is basically a large plain, whose apparent monotony is disturbed only be several small hills in the south-eastern corner. Without any obstacles at all, the wind is everywhere and so is water, present in diverse forms: sea, river, lakes, canals. This would be a really short description of the Netherlands: plain, sky, wind and water. 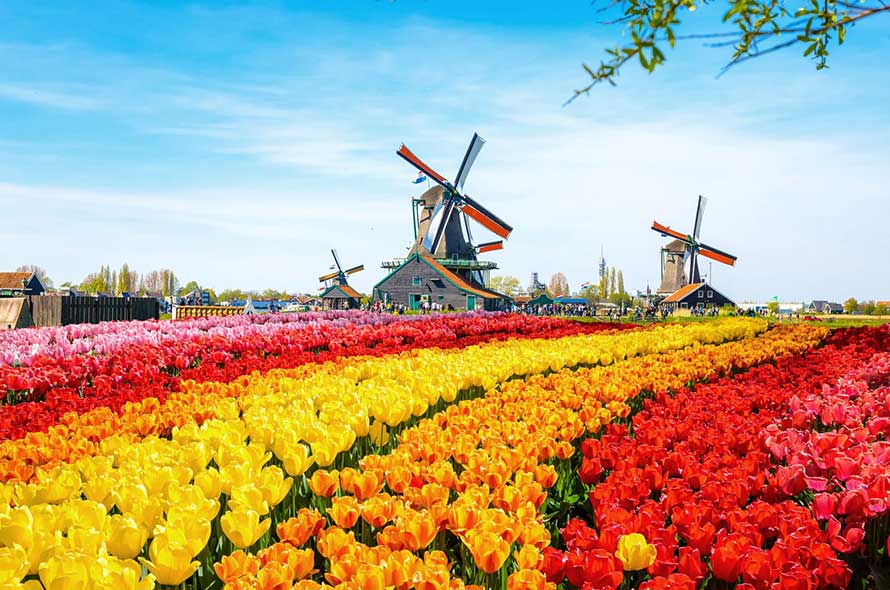 A little bit of history

The administrative structure of The Netherlands is comprised of 12 provinces, of which South Holland and North Holland form the Holland region, the largest and the most economically important region. Throughout history, Holland dominated the other regions, both politically and financially, many huge companies like Philips or IKEA being headquartered here.

But perhaps the most important part of its history is related to the sea. From the Dutch ports, hundreds of explorers left to travel and discover the world. The crown’s pirate, Peter Stuyvesant, founded and expanded the small New Amsterdam settlement, four centuries ago, on the today’s Manhattan Island, a settlement which will grow into one of the largest cities in the world, New York. Other Dutch sailors discovered Australia, New Zealand, Tasmania and were among the first ones to explore South Africa, entering it from the Cape of Good Hope and founding cities like Cape Town, South Africa’s capital. The Netherlands owned several other provinces, like Aruba and the Dutch Antilles, while other are now independent states, like Surinam and Indonesia.

Less known facts about The Netherlands

After a war with the Spanish, the Dutch earned their freedom in the 17th century, but after disputes appeared between the provinces, the only was to settle this was to organize the state as a constitutional monarchy. The royal family were members of the House of Orange, whose flag was orange. Today, the Queen’s Day (Koninginnedag), celebrated on April 30, is the most important one-day holiday in The Netherlands, honoring Queen’s Beatrix birthday. The celebration was first held in 1995 and today, the current ruler, Queen Beatrix (the grand daughter of Queen Beatrix) visits a different city every year. On this day, all the cities in The Netherlands are flooded with people dressed in orange, while entire families organize yard sales. This activity is popular not only on this day, because antiquity markets represent a very relaxing and fun way to spend time and socialize with other people for the regular Dutch and these markets are frequent especially during Summer Saturdays. 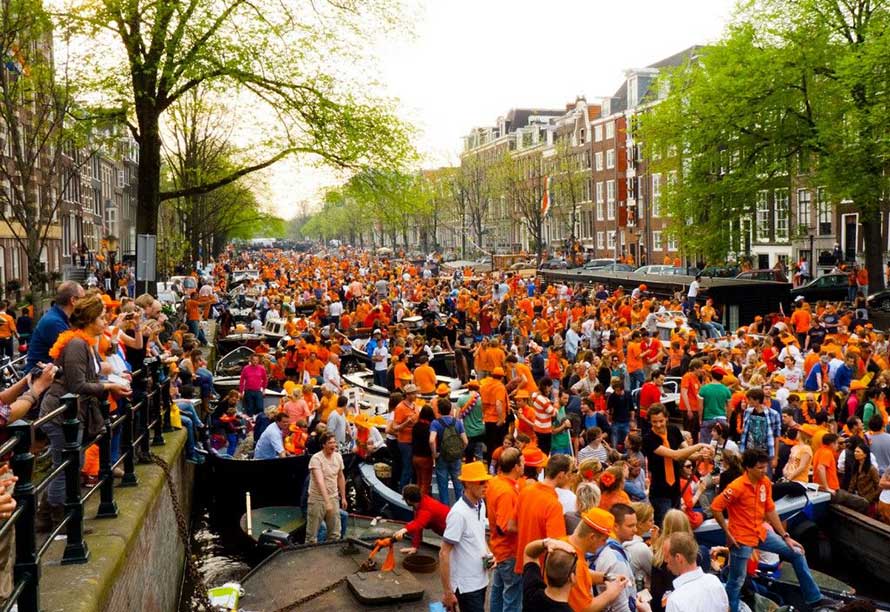 Flowers all over the place in The Netherlands, the tulip being a national symbol. Ornamental bulbous plants like tulips, hyacinths or daffodils were successfully acclimated on the Dutch sandy lands and today the country is the largest bulb exporter in the world. The flower fields are so popular that they not only make money from selling them, but they also have a lot of tourists coming to The Netherlands to visit the beautiful fields. But these are not the only plants the Dutch are good at cultivating, because The Netherlands is also the seconds largest vegetable exporting country in the world, after the United States. Considering the small area of the country, this is absolutely amazing and it was possible by perfectly planning the use of natural resources. 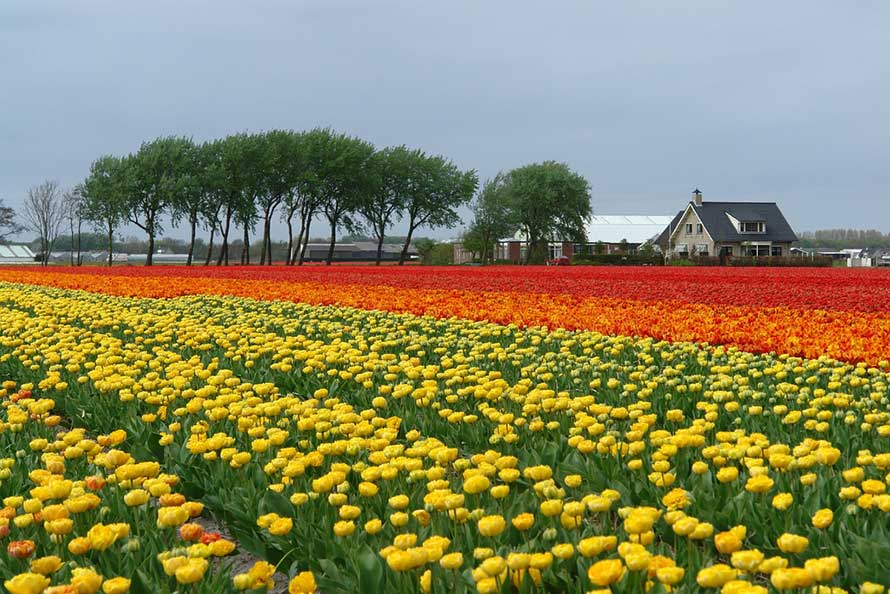 The Netherlands also has a very advanced waste management policy, Dutch kids being taught how to recycle and the importance of this on the environment. Each type of waste goes into a specific container placed by the authorities in public and residential areas.

But that’s not all, because the country is also known for its large number of bicycles. Thousands of miles of bike paths, dedicated indicator and traffic lights, plus a serious set of laws regarding bikes make The Netherlands a real heaven for bicycle lovers. The small distance between the cities, the plain roads (no hills and slopes), not to mention the beautiful scenery and the fresh air are several reasons why the country has 16 million bicycles at a population of only 15 million people. Whatever the social class or the income, riding the bicycle to go shopping or just for a ride is basically a national sport: the queen uses the bike, some politicians go to work on their bikes and kids, mothers, clerks, students or teacher, they all use bikes.

However, if you’re not enjoying riding a bike, the road and railroad network is extremely well developed, with up to 8 trains per hour going in all directions and with a very strict schedule. River and maritime navigation has reached the highest standards with Rotterdam being the busiest in Europe and one of the largest in the world. 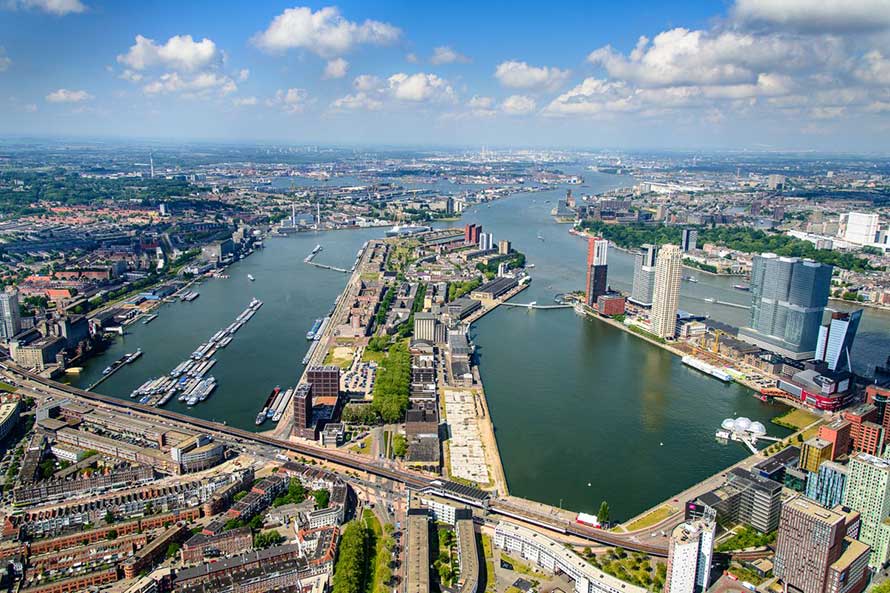 In these almost ideal conditions, The Netherlands’ population continues to grow and evolve both cultural and ethnical. More than half a million Muslims, hundreds of thousands of people native from Surinam or Indonesia, North Africans, Eastern Europeans, Chinese, Greeks and Latin Americans, they all live here and enjoy The Netherlands’ prosperity.

However, among all these beautiful things, the Dutch people have only one serious problem: the weather. Rain, clouded sky, fog and wind make the weather not so pleasant all the time. In fact, when traveling there, don’t be surprised if the houses have large and beautifully decorated windows, that is to get as much sunlight as possible.

To get a more detailed image of The Netherlands it would probably take us a few weeks to write a full article, but these are some of the impressions this country leaves on you. And yes, you’re right, we didn’t mention anything about Amsterdam, that’s because this city deserves a special article, coming soon.