They say that diamonds are a girl’s best friend, but how many ladies out there have ever wondered how these beauties are made?

The history if wedding rings goes way back. Egyptians used to wear rings as a symbol of a long-life unity. The ring was worn on the middle finger of the left hand, as it was considered that this finger has a vein leading straight to the heart. Romans would gift modest iron rings and later, rings made out of gold.

For centuries, the custom of gifting rings as a symbol of engagement has faded, but it was then brought back in the 12th century, after Pope Inocentium the 3rd had established some new rules for the marriage ceremony. The bride was supposed to receive a ring as a commitment symbol and the wedding had to take place inside a church. Even if engagement rings started gaiing popularity, diamonds were very rare. The first historical mention of a diamond wedding ring was in 1477, when Archduke Maximilian of Austria gave a diamond ring to Mary of Burgundy, shaped like an M. It wasn’t until 1870 that diamonds were the center of attention, once they were discovered in the fertile mines of Africa. It wasn’t long until engagement rings was adorned with rare diamonds, becoming what they are today.

There are 6 main steps to manufacturing a diamond ring:

While it may seem simple, the process of creating diamond jewelry is actually quite complicated. It takes a lot of work and knowledge in the field. When a diamond has an ideal cut, the incidental light will enter the stone through its table and crown into a pavilion where it will reflect upon another façade before it becomes visible to our eyes. This phenomenon is called “light return” and it affects the luminosity, dispersion and shininess of the diamond. 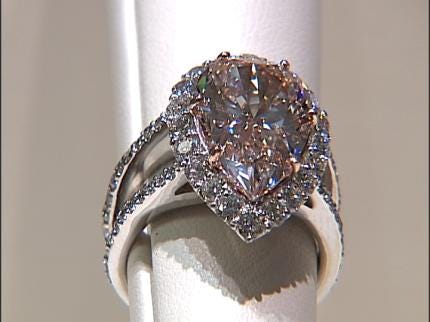 Diamonds can have any of the spectrum’s colors and their color is determined by hydrogen and nitrogen impurities, by boron (blue diamonds) or by exposure to radiation (green diamonds). The most valuable diamonds are the colorless ones. The intensity of the color plays an important role in establishing the value of the diamond. The value of a color diamond can surpass the value of a colorless one if the intensity of the color is higher or the color is rare. The rarest diamonds are pink, red, green and blue. 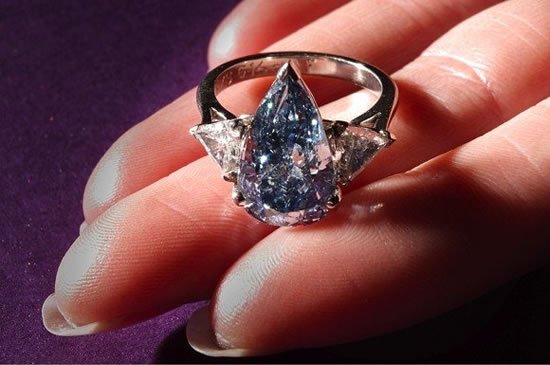 But the market doesn’t just sell pure diamonds. The process of creating synthetic or artificial diamonds was first elaborated by French chemist Henri Moissan, back in 1892. He thought of a process where little synthetic diamonds where creating by heating coal at extreme temperatures, inside an iron melting pot. Once the ideal temperature is reached, the melting pot is dipped in cold water. Thanks to the temperature difference, there is enough pressure to obtain little diamond fragments.