Among the most notable building design and construction phenomenon, Islamic architecture holds a prominent place. The glorious patterns on the tombs of the Mughal Emperor, the vibrant hues of the ancient mosques, and the perfect symmetry of the historic buildings in Spain, each masterpiece is a testament of the aesthetic sense and unique approach which became the identity of the Muslim world.

The secret of appreciating this visually stunning and complex architecture is to recognize the elements that make it special. You can witness the distinctive style ingredients span across the globe. One such feature is the arch.

In architecture, an arch is a curved structure which spans a vertical, elevated opening. It is a mechanical arrangement made up of wedged pieces of blocks, bricks, and stones. It serves the purpose of providing support to the loads above.

Arches are one of the most celebrated elements of Islamic architecture as they have a symbolic significance. Built as part of mosques, these arches are the symbols of unity, purity, and glory which are embedded in the religious belief. In the past, mosques were embellished with high minarets, wide courtyards, and rows of arches. The architecture soon experienced a transformation were pillars were added to the halls. These arches then became the differentiating features between spiritual and secular areas.

Here are 6 gorgeous types of arches used in Islamic architecture:

Round or Semi Circular Arch 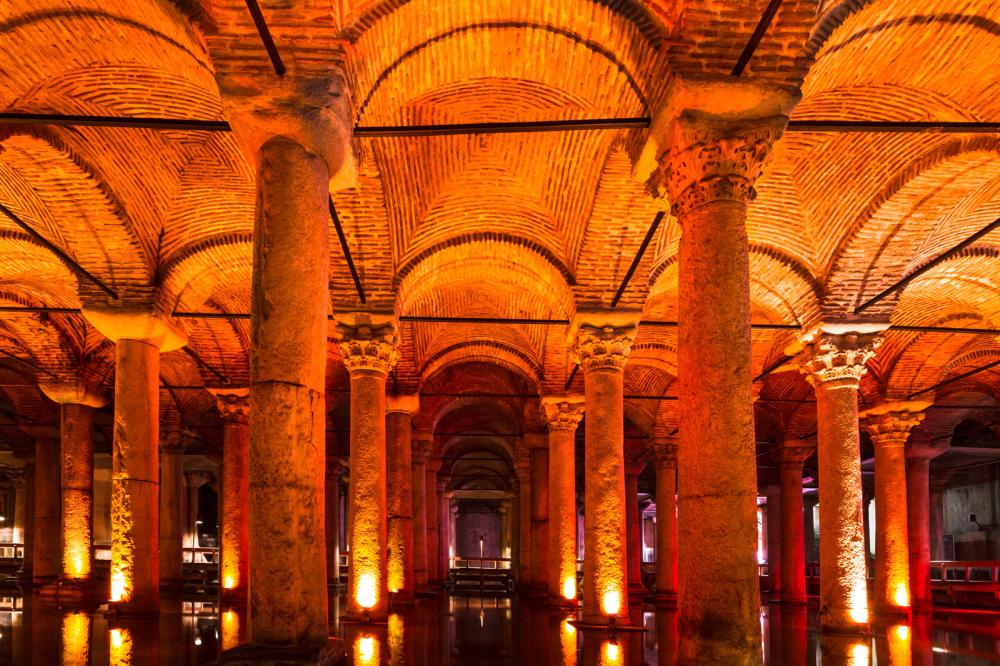 The most common and probably the simplest style among all types of arches is a round or semi-circular arch. Although it was first introduced by the Romans, these arches were adopted into Islamic architecture as well. A round arch is a continuous curve or half a circle. These are ideally constructed one after another to build an arcade. 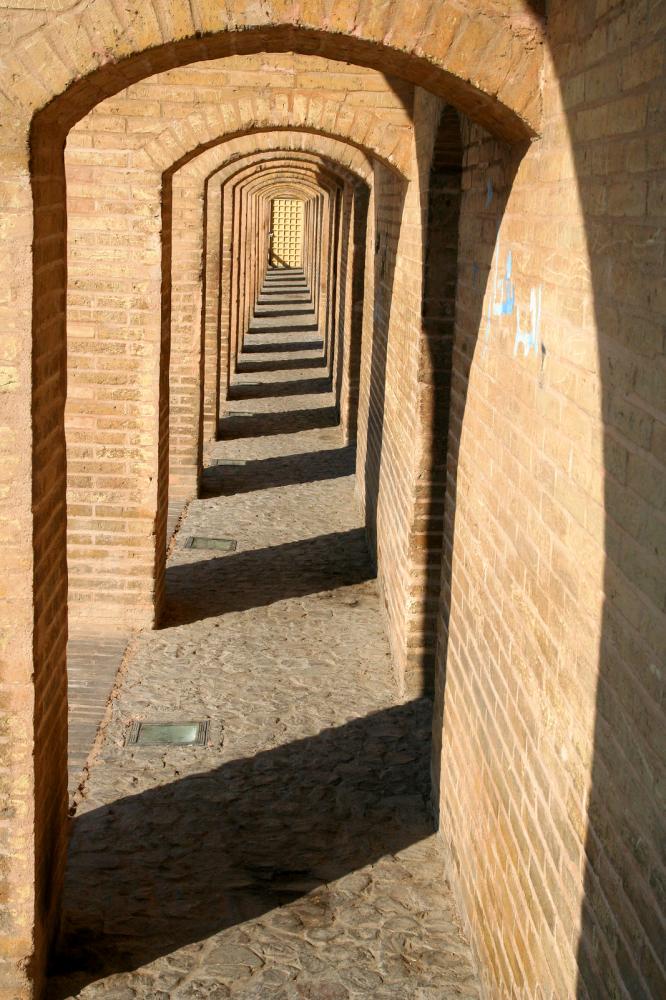 A transverse arch is constructed to span between a pillar and a wall. Building such arches provided architects the freedom to build arcades with slim pillars instead of heavy columns. Islamic architecture used these arches together with four-centered arches which are low, slightly pointed arches with a lower center of gravity. This helped them build spacious structures and invent the pointed arch.

A famous example of these types of arches is the Allah-Verdi Khan Bridge located in Esfahan, Iran. Also known as the bridge of 33 arches, it uses the transverse arches beautifully and is built across the Sayandeh River. 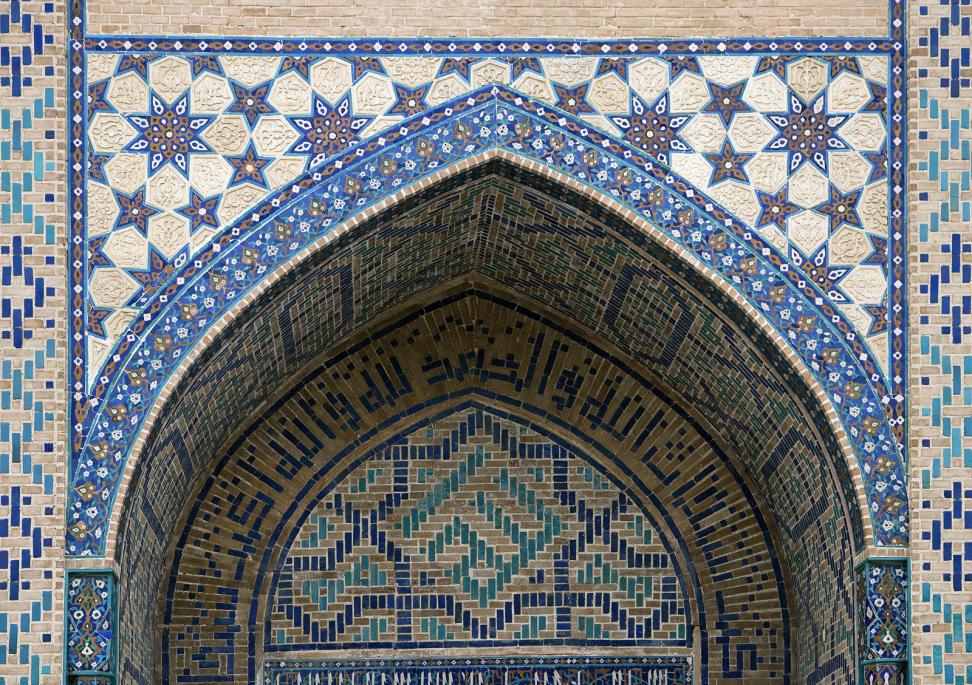 It dates back to the ancient Dome of the Rock which has pointy arches. Apart from being an aesthetic element, a pointed arch successfully focuses the load-bearing thrust of the structure on a vertical center. This ensures that the exterior, along with buttresses, provides maximum support to the overall weight of the building, including bigger domes. Because of this, more spacious-looking buildings were designed with thin pillars and elevated ceilings. 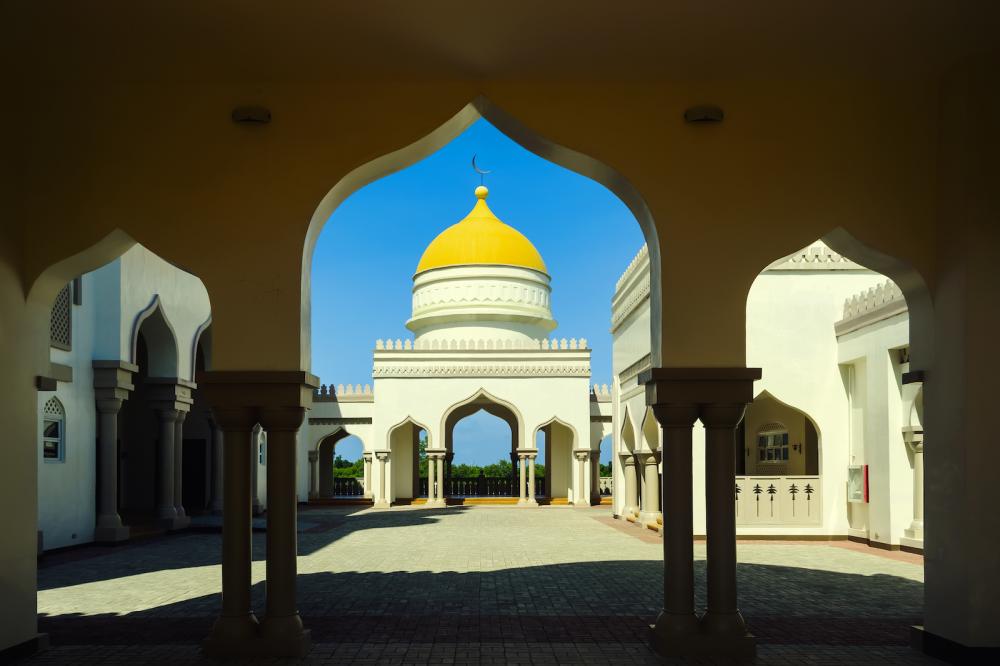 The Ogee arch has an ornate and unique kind of appearance. It shares certain similarities with the pointed arch and the horseshoe arch. It is called an ogee because of its curved shape that resembles an “S”. The two curves join in the middle to form the apex, like a pointed arch, and complete the graceful silhouette by becoming rounder around the base, like a horseshoe arch.

The ogee arch is a dominant feature of Islamic architecture. Some buildings and monuments that feature this arch are the Gul Gunbad in Bijapur, India, the Great Mosque in Mecca, Saudi Arabia, the Topkapi Palace in Istanbul, Turkey, and the Madrasa of Mir-i-Arab in Bukhara, Uzbekistan. 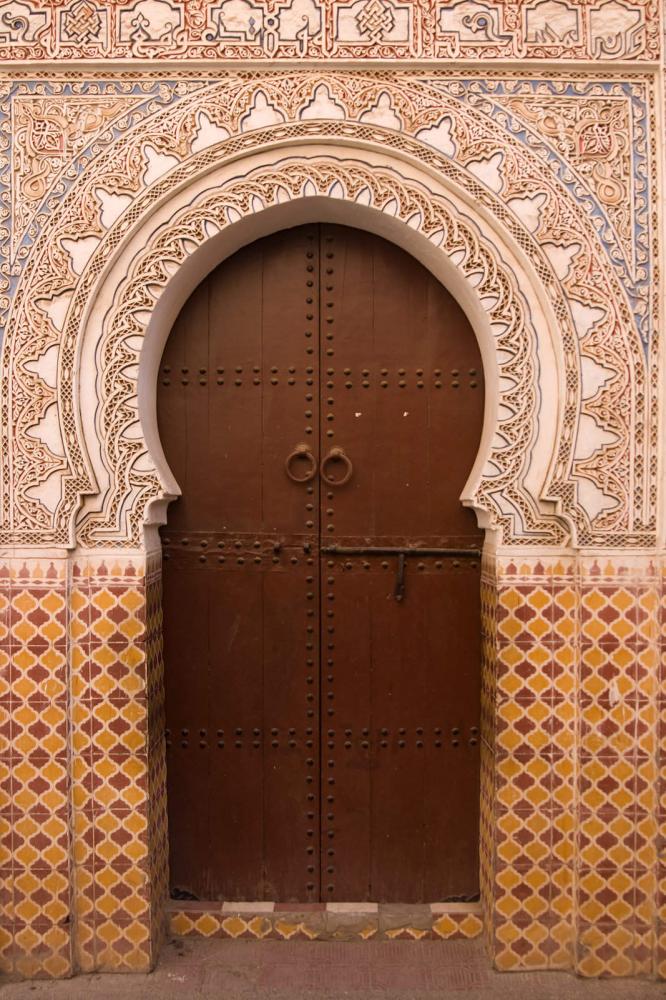 Also called a Keyhole arch, the horseshoe arch has its roots in the Moorish architecture. These types of arches are designed with rounded or pointed crowns and the sides widen and narrow to add to the theatrical effect. Sharing a resemblance with Roman and Byzantine architecture, Islamic architecture mostly used these arches with rounded crowns.

The rounded crown starts to bend in on itself and finally widens again to meet the neighboring columns. These arches can be easily witnessed on the entrances of ancient Moroccan buildings or the hypostyle hall of the Great Mosque in Cordoba, Spain.

Architects used these arches because of its benefits. It allowed them to extend the height as well as create a breathtaking and rhythmic design. 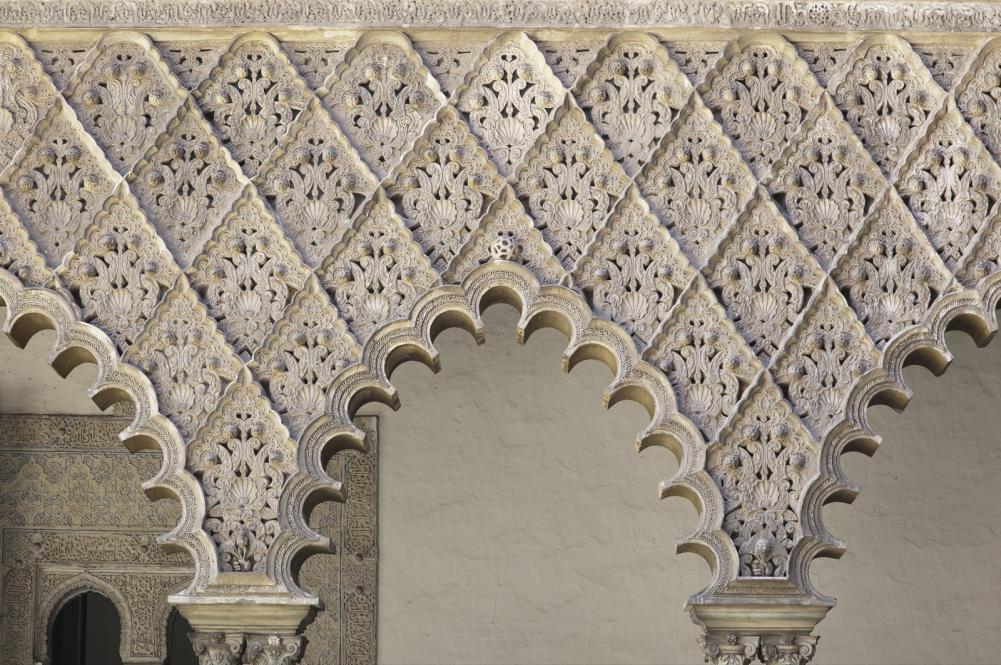 Also known as the cusped arch, the multifoil arch exhibits a stunning pattern with arches within arches. This great reminder of the Moorish architecture is called multifoil because of its multiple foils or scallops.

The Great Mosque in Cordoba is a great example of the multifoil arches and the horseshoe arches. There is no doubt that these arches add to the visual beauty of the building. The pattern, symmetry, and aesthetic rhythm added to the structure by the multifoil arches are highly appreciated in the Islamic architecture.

Even though it is primarily used for decorative purposes, it also has a structural benefit. These arches focus the thrust of the weight of the building to a single vertical point, just like a pointed arch.